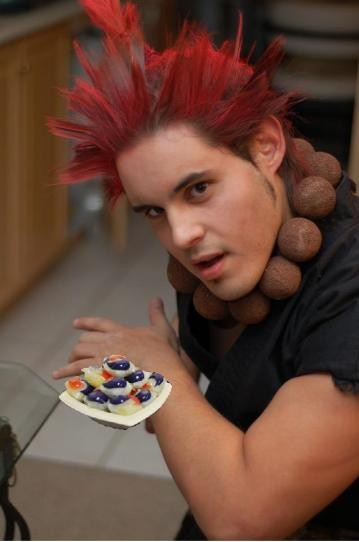 So according to our cuban dictator my "op-ed" pieces need to be posted as blogs rather than news articles.  Fucking party pooper, needs to stop looking like a cracked out Fred Flinstone and let me do what I do.  I will not be censored and now I have the backing of the VGHL Media team!

What I am going to introduce our lovely community to here is going to be my fairly often rants based on what is going on in our discord community.  As I mentioned in my WTF is going on here! article that I posted earlier today the community has moved from the traditional Skype format of seasons past to a much more modern format in Discord.  THANK YOU JESUS!  Now this was no small feat that had its obstacles either.  Originally it was started back in season 14 under the guidance of Popeskill, doing most of the work, Cross, stealing the work, and Yucko.  It never really got traction with the old farts and their skype obsession and then Castro's MVG Chat app that he was hell bent on getting to work!

Ok so back to the point! We are halfway through the first season of using discord and I thought it would be fun to give some observations and comments.

The initial run at the 'Shit-talk' channel was a god damn SHIT SHOW!  I believe at least 5 people got server banned because of it.

Premierplayer is the biggest shit talker in VG.  I am still not even sure who the dude is because he is a lifetime AHLer in all leagues, but man that dude never shuts up.  Actually now that I think about it all the AHLers talk a lot, you'd think they were HOFers or some shit instead of a bunch of scrubs. I just don't understand how so many people who are so bad at the game can think they are so good.  Its mind boggling.

DocJiggy got booted and then BL2 because he doesn't understand shit talk and personal attacks are two different things.  This kid had zero sense of anything he was doing.  I mean legit I think he might have had a mental illness and I feel almost bad for him.

FFrantic talks a lot with 0 ability to back any of it up because no one wants him on their team.

IllyFilly thinks he is the cool kid on the block, even though he may be the most hated person across all leagues.  I mean making fun of tragedies, but saying its ok because he would only do it on the internet?  Dude is a father for fucks sake.  I feel like if he ran into half the community in person they would have no issues just pushing him down a flight of stairs.

I am pretty sure Cross has muted a couple hundred times.

The moderator bot is a bitch.

Scalz answers everyone in every channel even if they don't ask for him.

Kyle never does anything that is actually helpful.

Thats it for this week.  Problem is I have a shit memory from all the drugs in college, so I will try and be a bit more up to date with my notes next time since I know I am doing this.

O yea, Premierplayer you are still a shitter. Just so you know!