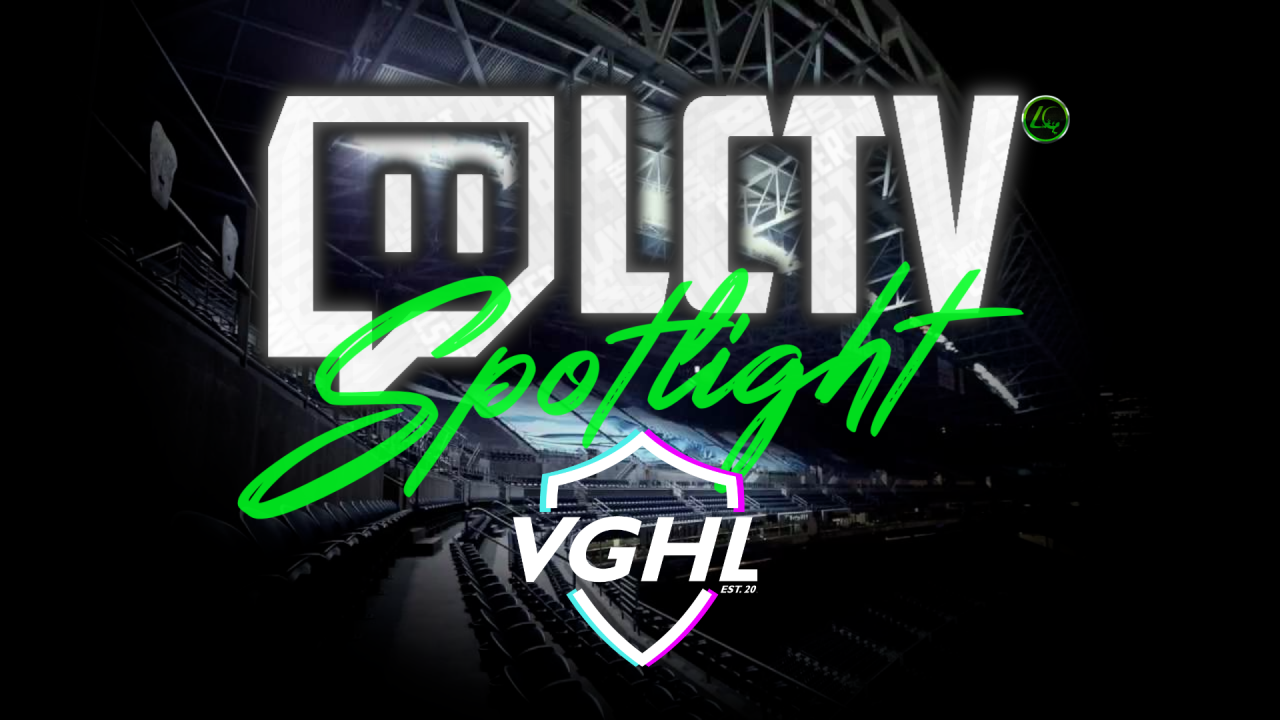 I am really excited to announce that the VGHL is being featured as the first ever eSports hockey league on the Leaguecrawler.com service starting this Monday!

League Crawler is a very cool service connecting leagues from various games into one streaming platform where people can watch live games every day of the week.The VGHL has locked up the Monday night block on League Crawler so be sure to check it out.

I recently sat down with Matt who owns and operates League Crawler for a Q&A session. You can read  our interview with them here.

Let's get things started with our 1 on 1 interview that I had with Matt about League Crawler and their vision.

How long have you been running League Crawler?

League Crawler has been live for five years now.

What was your motivation for starting this service?

After being in a few Madden leagues, dating all the way back to the PS2 days I decided to start a league myself. I was frustrated with joining a league and it folding within weeks, nobody wanting to play, no communication and so on. So I set out to create my own league and had a lot of success. One of the things I liked best was working hard at creating a community of like minded gamers that wanted to play a game the right way. I found, as many commissioners do that it is a thankless job outside of the core group that become good friends and partners in the project. Running a league is tough if you want to do it right and requires a lot of time and energy. For Madden - it's easy to pick up a new player that can torpedo much of what you have worked so hard to build and I always thought it would be great if there were some sort of "yelp" style service out there that could allow players and leagues to rate one another so both parties could know what they are getting before signing up. So, I set out to develop the site, not knowing what I was getting into or even how to do it and ended up where I am today!

What hurdles have you had to overcome up until now?

The biggest hurdles I've had to overcome so far are time, technical skills and getting buy in from the community. I'm not a professional developer and every aspect of the site is built by me so there is a lot of trial and error built in to the site to get things to do what I want them to. I've tried hard to make it as integrated and easy to use as possible, i.e. commissioners can go to the site and post openings for their league and it will save to the site, bump up their league to the top of searches, post to Twitter, my Facebook and our Discord automatically. Stuff like that takes time and work to figure out and for me it takes extra time since it's not my natural skill set. Time is also a factor since I work full time, part time, lead worship at my church and am married with three kids that are in multiple activities. Those are all big hurdles. The other is just getting the name out there and the mission too. What is League Crawler? Why should I join? What does it do? And even just getting the brand out there was tough and took lots of word of mouth. I have been fortunate to find many people along the way - Soden Bowl, MBL, Synergy League Recruiter among many, many others that have helped me spread the word and get new members over the years.

What kind of feedback have you received so far from the public?

Generally speaking, the feedback from our community is overwhelmingly positive. I think most gamers share similar frustrations at how leagues run and people behave so having a service like mine - that's 100% free is exciting and well received. That said - it's not always widely used! Gamers like to complain about one another, but I'm finding that it's rare they will do anything about it. My site is designed to go beyond the "bad user" list and give a permanent repository/directory of gamers, the games they play and how they behave when they play those games. I still believe this is a valuable resource, but not one people will go out of their way to use. With this in mind, my focus over the last few years has turned to helping leagues promote their content through the use of the site, its automated tools, my Twitter and the #LCTV channel. I love that League Crawler has been able to help leagues find new players and find a larger audience for their content and promote the great, innovative things they do.

What are some cool features that you are working on or would like to have for your service?

The biggest thing I've been working on is ramping up the #LCTV channel at twitch.tv/leaguecrawler to become an ESPN of sorts for leagues and their content. We currently have over 15+ hours of regular content per week - games of the week, etc from several great leagues. My hope is to continue to gather and curate great content from great leagues and get the channel to a place where leagues and their members will want to make sure they fill their time slot with awesome content on a weekly basis because they know people are watching. We've been doing small giveaways on some of the streams to help generate buzz and interest for the streams. The other thing I'm considering is a migration from Drupal to Worspress from a CMS standpoint. I'm currently investigating that but it would be a major undertaking so we'll see if/when I actually pull the trigger on it.

Do you plan on expanding your service outside of just showing games into things like sponsored podcasts, award shows, drafts etc.?

Absolutely, we're just not there yet. The #LCTV piece of the League Crawler puzzle so far has been all about curating content from leagues but I'm currently seeking talented people that have a knack for calling games, doing podcasts and other original content. I'd love to be able to do all of that myself, but I simply don't have the time. My vision for the #LCTV is to have a team of people that are partners and actively seek out sponsors for the channel, help run the channel as well as host their own original content. I think the League Crawler platform can be a great stepping stone for ambitious creators that want to exercise and hone their skills in these areas and help us continue to build influence in the market as well.

What do you see eSports evolving into over the next 5 years and how do you envision league crawler within that ecosystem?

I think eSports has already evolved so much in the last five years, it is hard to imagine anything but massive growth in the next five. Schools are giving out scholarships for eSports, the NBA has their own eSports league - it's a serious business! I think that will continue to grow and become more defined over the next few years and new players will emerge in the market. It seems likely that sites like Twitch, Youtube, Mixer, etc will either grow into their own channels like a CBS Sports, ESPN or Netflix or get swallowed up by one of those as part of a programming package designed to market to gamers directly. As we've seen with gamers like Ninja, there is a growing demand for not just the games themselves, but the people that play them as well and everything that comes with it. As for League Crawler's role in the current, new and upcoming ecosystem? A lot of it depends on the direction of the games themselves. The site itself is designed for the scope I initially created it for - but as I mentioned earlier, I am considering some changes that might help us grow beyond that and scale to be able to handle more content and position ourselves for what's next. Some of that requires gathering resources and partners too so we'll see!

Are there any other cool things that you'd like to share with the VGHL community regarding League Crawler?

I think I covered most of it! I'm really excited about the growth of the site and some of the additional things we offer. Our community puts a lot of work into the content they create and it is very rewarding to be a small piece of the puzzle that helps them grow and achieve their goals. Our motto has always been to connect the best players with the best leagues and I think in large part we've been able to see that mission pay off. There are so many great leagues out there and help connect the dots between them and see everyone benefit has been awesome. Getting to this point and expanding beyond our wheel house of Madden players is very exciting and I'm happy to welcome VGHL into our community.

P.S. Be on the lookout for a very small shout out in an upcoming console game featuring some League Crawler artwork. Not sure I'm allowed to say anything beyond that but definitely something I'm excited about!

I hope you all enjoyed this interview with Matt and I encourage you all to check out the Leaguecrawler.com website. If you are interested in signing up for their service, you can follow the easy directions from their video.

Very good, I think I found the knowledge I needed. I will see and refer some information in your post. thank you.
http://bit.ly/2ACUaNM

League crawler spotlight doing best and good things. All with these good things are showing a mean where it is important for you to leave rush essay. But when you start to take help here is more material for you which show spotlight on you.

0 Cancel Reply
League crawler spotlight doing best and good things. All with these good things are showing a mean where it is important for you to leave [url=https://www.bestessayservicereviews.com/essay-writing/rushessay-com-review/]rush essay[/url]. But when you start to take help here is more material for you which show spotlight on you.
Cancel Update Comment