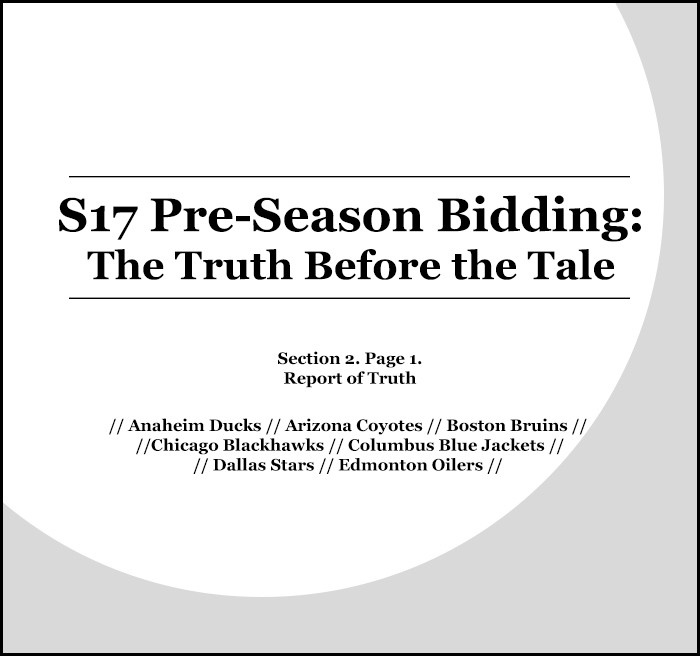 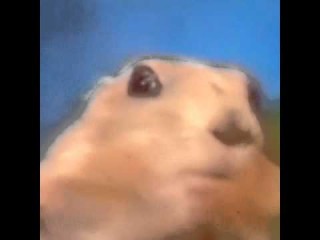 So, where to start? I think the East just comes naturally to mind to discuss first. So we'll start right there, with something else for the cheesy memes (may-may's). This section has been classified as the "Report of Truth". To clarify further, since the title of this section is inherently contradictory to the entire scientific report. This will be the hard truth. (DUDUDHUU Fig.1). If you're sensitive then turn away now, but don't forget to share this on all socials first, and use code Yuck at vbucks checkout……. Shit… Where were we?... TRUTH! The classification of "Report of Truth" here is to reiterate that this is not an opinion piece, and the reports are 100% factually accurate information. Therefore since they are facts backed by science the reports are immune to bias, and in turn means you're not allowed to be offended, about any of it. 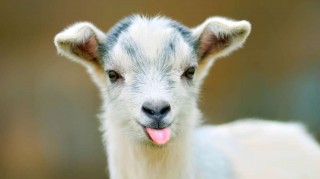 Here are those reports… 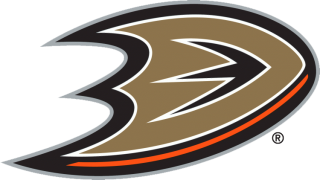 A QC focused rookie management team with a variety of personalities, and skill levels to fill out the roster. We'll highlight 3 major issues from this team that they will need to be addressed this season.

1. Something Borrowed. The Ducks from last season were competitive in the conference but fell short of the post season due to the over saturated strength of the division. Only thing returning from that team is mcdizzle9909. Not enough returning, and nothing to replace whats gone.

2. Something Blue. There is one big ego player that would seriously help this team offensively, but won't. Toslick. If he hasn't already then he'll be submitting a trade request shortly. Unless a team occupied be majority of people 'he thinks' are good then he'll be a serious issue on and off the ice. To bad.

3. Somethings Don't Make Sense. $7.5M for Krilla92 will quickly be what stops this team from being truly competitive. In all simulations done, this team found the most success by removing this contract from the roster and freeing up cap for a more skilled forward. Good Luck. 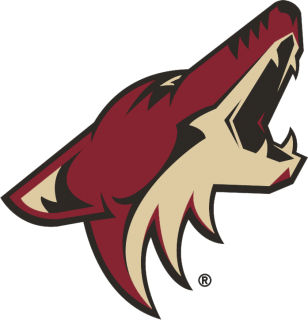 You might as well call this team the Quebec Coyotes. A team full of QC players. I can feel the desire to separate into their own self sustained division to secure a top playoff seed. The amount of QC and the unpredictable and stubborn nature of french based hockey would make this difficult for the common observer to pinpoint a likely outcome for these 'joueurs'. But we can say with confidence they will be a team to string along wins long term.

Outlying Factor: In our simulations Maxx_20 was an inconsistent variable each time. However after reviewing hundreds of hours of tape, and intense scrutiny of game play. This player will be the core component for the rosters success.

Results: Middle tier wildcard contender .The team will maintain high levels of french moral if they can execute and replicate off of the past season. 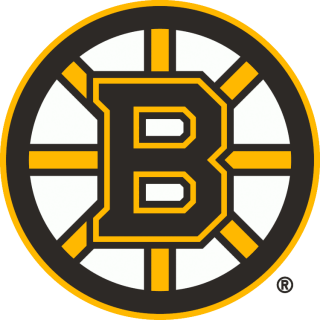 Analysis: Right now the skaters of this team are in a cute little jansport backpack. And that backpack is all on Shotl72l, and poking out of the top of this bag is the ever so vocal Scalz_Yanks_24 (Fig. 3). Notice I said skaters, the goaltending tandem post bidding of DevinDags & naaaliatch makes the bidding not a compelet failure. Moves to spread out workload is advised, however with low egos from the majority of this roster there's high potential of semi effective line chemistry among the forwards. The decision to save all that cap? Most obvious reason is for AHL Bidding and ELC's during the season to bring additional skill.

Additional Findings: Studies and simulations show that Shot, and naaaliatch are traded by mid april. Jaredrox1103 will be moved to either Colorado or Washington, the date we'll remain classified. Also THEY HAVE 11M IN UNUSED SALARY CAP, WHY IS THERE NOT ANOTHER FORWARD AT THE START OF THE SEASON?

Results: Bottom 3 in the division. Low GA/G average once this team migrates to toward the end. Scalz and Shot become facebook official (non-negotiable). The impact of having over 11M unused cap after bidding will be felt week 1, causing ego flame wars in the locker room which will throw off their original plan of using it for in season upgrades to support those players. 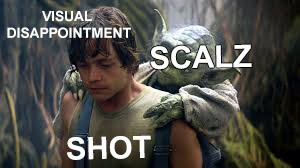 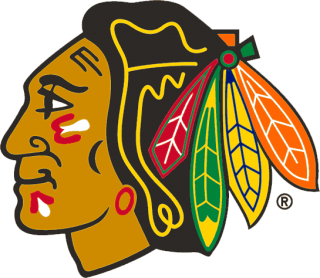 For this division it's shown that the Blackhawks have improved slightly from last season for a central run. With one semi effective line lead by their franchise resign castroGstar, and veterans BARRYS_SNIPIN, & defmincex13. One thing good this team can take away is the number of reliable depth players that can be slotted into numerous positions. The mentioned combination is a Reality TV show producers' wet dream (if it was NHL 14). To bad they're all washed up now, but the cuban doesn't know it. So now it's more of a mystery series, should be extremely entertaining for the outside observer to watch the commissioner discovery himself. 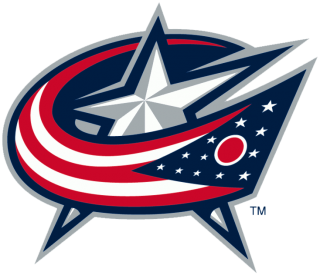 First thing to mention is that this team was doomed from the start, the Blue Jackets are probably the worst sports franchise of all time and anyone who is a fan should be ashamed. Be more like an Oiler fan or you're fired, now with that out of the way lets get on with the analysis...There is potential with this team and just based off of the 9.5M signing of MyNamesMino there is still some big questions that are unanswered. Mainly the decision to not use the large amount of unused cap space for more defensive strength. We're not confident that this owner has an effective plan to pull the few pieces they have into a well orchestrated team to really compete in the division. There is a lot of pressure on returning players and rookies to be better than they were 3 months ago.

Result: Bottom half team in the East. The majority of the remaining cap will be used to pay for fines. Mino will request a trade by the end of March. 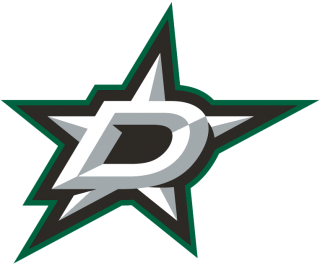 This team made the biggest gamble. 8.5M on SuDzy92_ and 6.5M on XIBIGMUMMYIX. 15M is a bit more than you'd ideally want to maybe spend on both. With the concern on how effective sudzy will be without a similar group of players around him like last seasons cup run. The lack of a "big name" forward to start the season will set an initial doubt that will hurt the important begin this team needs. The back end core their big contract D man and Franchise player paired with the net tandem will be should be the focus of this teams play style.

Results: Wildcard contender had the most consistent outcome in our computer simulation. However in tests that had a high sudzy value 2nd to 3rd place was a prevalent outcome. 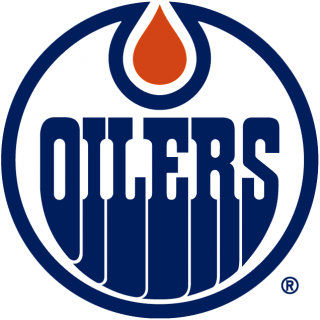 The team is overall well made on paper and would of been competitive with a few more complementary parts added if they were not maxed out roster size. The issue this team will see sooner if not already is big ego's and bad reps cursing franchise all season. Deep forward representation on the depth chat with several strong goaltending options is highlighted in lab tests. Cheaply price, starting quality defense with Raz-Orr that would end up being a mid pack duo with the owner if availability and attitudes allow. Semple19 is likely this teams go to forward anchor, but chances of him starting the season as an oiler is at less than 10%. With a similarly skilled winger with better availability and less ego would see this team pull together some wins.

Results: Bottom 3 in the division. Unfortunately for this team they're in the stronger of the 2 West divisions and will suffer as a result of no top tier offense.