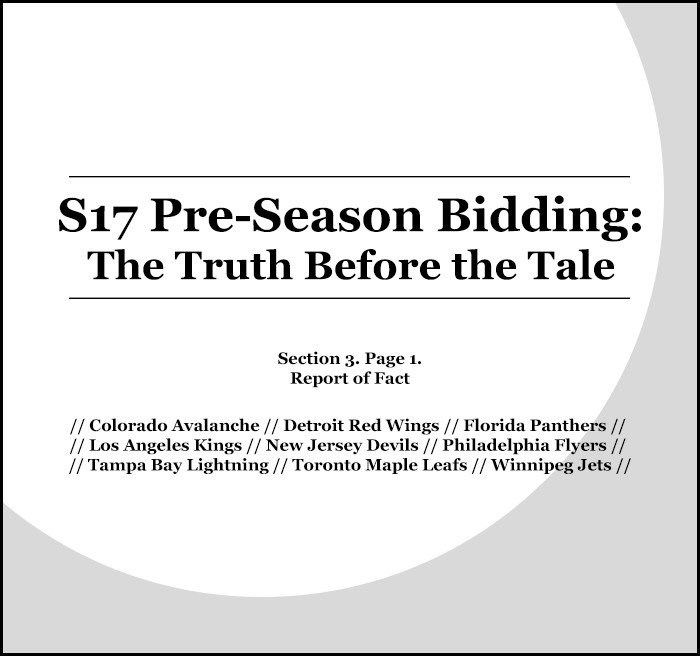 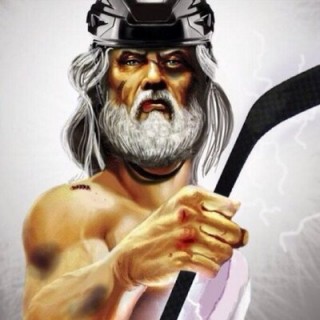 This report will continue in a similar format to the 'Report of Truth'. We're using the term 'fact' to describe the included teams in this scientific report, because of the overly accurate nature of predictions compared to our previous case study in the RoT that included substantial outlying variables. This makes these featured franchises below impervious to any discrepancies from the final results that we have in this presentation.

The fact of the matter is, our team at YSoHGaTET is unmatched and without equal is determining true thumb skill and hockey excellence. The ability to identify player finesse tendencies is more sophisticated than yours, fact.

Here are those reports… 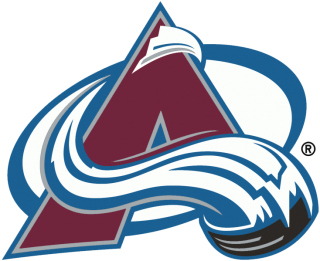 Like several teams during the bidding, this roster will be top heavy in relation to top talent in the league. The management has chosen a common 'go with who you know' bidding strategy that focuses on past season teammates for depth. This tends to be a dice roll in most instances. However in this instance we see a of combination general league scouting by adding in x-SCY-x & Saucenikov to anchor the offensive end of the bench.

Results: Top 3 division contender on paper. The reliability of the 2 main forwards previously mentioned will be paramount to remain competitive within the division. Without a strong start they run the risk of landing just outside of 3rd seed in the central, and miss the postseason all together. 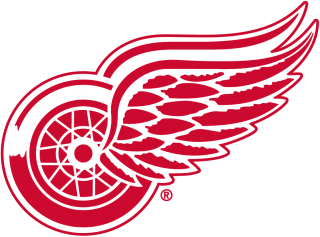 This team will be the league bait. In every simulation run bigyan__ is traded to Philadelphia for utility forward depth. There's reliable data that also supports goaltending switches in favour of Detroit. A lopsided deal that would be offered to sweeten the deal for the former Qc mega star's movement.

The Bait Explained: Yan and ChiTownMenace are on this roster only to catfish the incel-like mentality of the casual scout and inexperienced minds. We need to be looking at Soul2cold77 & JTx11- and the role they'll play this season to lead the Red Wings offensively.

Results: Top 3 division contender. Top tier wingers with some reliable options through the middle. Defensive upgrades will be needed to balance out the team for a successful cup run. We are expecting one or two big trades toward the trade deadline to focus on moving around cap to allow Detroit to acquire a variety of potential defensive options. 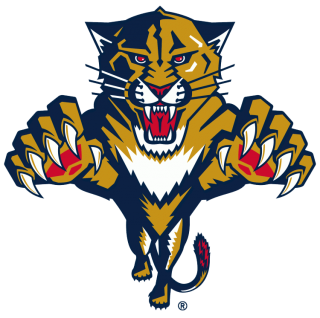 This team has two things in common with last season's Panther team. The name being one, the other being Florida will be enroute to have a rough and struggling start to the season. Half of this teams money is tied up in their starting forward line of EPICxSKILLZY, jlm1410, & XILO_ATOMIK, with the owner Red_Pepsi8 swapping with who ever won't be there that night.

QC Effect: This teams top 4 up front, has 2 major conflicting variables that we needed to consider and calculate into our simulations the we're classifying as the "QC Effect". Epic and Xilo are both QC, JLM and Red are both American. This instantly sets in motion a troubling backdrop to this team. First variable considered and accounted for is the language barrier, resulting in poor to non existent or miss understood communication. Second factor calculated was the obvious innate play style that QC players have that make it difficult to predict on either side of the bench, meaning the connection from forwards to defense.

Results: Contending for final Wildcard spot. A run and gun style of play will be the basis for this team offensively due to the "QC Effect" that will make line chemistry impossible to refine. 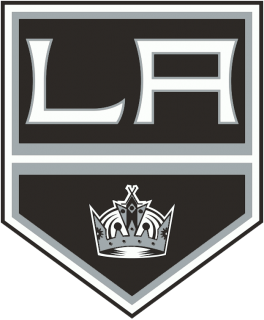 This team has gone all in this preseason. An offensively minded approach was the obvious decision made for the Season 17 Kings. A positive change that makes this team even more dangerous than that of the past is the acquisition of rV_CIutchz, and xtoastyQcx. Availability willing these players will complement TMills61_ in a way that wasn't really given last season. Some sacrifice was made defensively to make room for all of this firepower but with the additional upgrades made in goaltending depth, and overall 2-way offensive skill there is noticeable balance in the gap left by Burnsy. If you can't do it, just fake it.

Results: President Trophy contender. Cup contender. The change in adding Clutchz as a more reliable top Qc winger adds in additional playoff depth that has been lacking of the past 2 seasons. 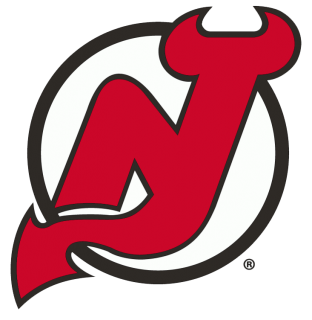 This team is near perfect. AAli-21 showing his league experience, and knowledge of the players available in his post bidding team composition. He opted to not go with the classic AAAAAAAAAGAABBA (Knees) as his captain and instead secured last season's strongest individual player xTarasenko91_ knowing that would save him overall cap (Fig. 2). The only missing piece for this team is another top end blue liner to mesh with Knees. But Matty_A_31 will be the go to partner and will likely feed off of the superstar well down the stretch. Goaltending isn't going to be concerning, Nocturnal_Turtle looking to step up and split starting time with Popeskill as he returns from extended IR will be enough to close out games.

Results: Contending for 1st in the division. President Trophy Contender. Cup Contender. Moves will be made to improve on this team's depth defensively. 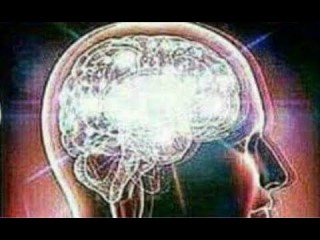 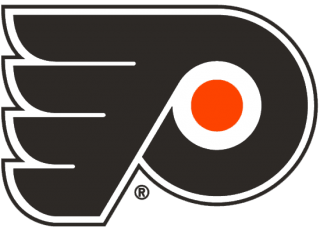 Original analysis showed that the Flyers would be a low tier Wildcard contender. Based on the choice to focus on loading the team with forwards, and two top goaltenders. Leaving the defense somewhat 'weak' without an additional strong and active partner for ThreeT38. However even with the amount of forwards they're missing a reliable starting centre. When going a bit further with this team we notice several changes to the roster that are likely expected to be ongoing as we post these results. We've attracted these addition analysis' below.

Results: Top 3 divisional contender. This result is dependant on both the change in position for their franchise forward, and the previously mentioned trade deal. Without both, they fall to Wildcard contender. 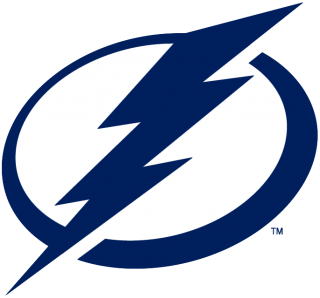 Bolts have a very respectable starting 6. The season 16 Veznia winner Wonderrocket_9 is serving his final season of his multi. The starting D pair remains the management duo, and they sign season 16's rookie of the year nominee IxIMatthews34IxI to centre their big forward contract bdeez_nutz. In addition, on the left wing their gamble on Jawoba_9 at 500k could pan out to make this one of the stronger top forward lines for max CR. However there is an issue of concern for us that affects the longevity of this franchise.

Variable: Is Mtl-cor the forth forward? If availability pans out for Jawoba then we've determined that the answer to that is yes. At 5M for only one of your depth players, you play a dangerous game with potential egos that will negatively impact success.

Results: Wildcard contender. Contender for 3rd seed in the Atlantic. Additionally when adding in the variable to new simulations, 2 of the 4 forwards listed above will be moved to secure players and picks for the future. 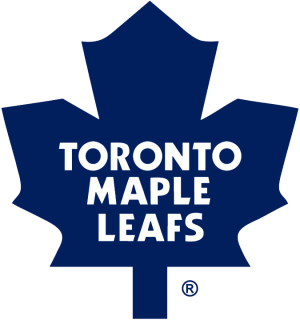 On paper this is one of the most complete teams rich2k8 & VegaRidge have ever crafted. We see that Vega will return to the starting centre role with more defensive options, with the addition of knights29 & G0DlSN0WHERE as a true D pair. Rich will still be floating in and out of forward and defense as the teams utility player when needed but will be more comfortable now that he has a full season of it under his belt. Also they've added in additional forward and goaltending support to spread the workload.

Chemistry: This is the perfect use and example of the 'go with who you know' team building strategy. But it also has more to it. Rich also was able to adjust the plan with a 'go with who they know' element. Shown by the addition of the two defenders listed above who have an extensive history as blue line partners, and with the players Toronto has added for support.

Results: Division title contender. Strong start and end of the season for this team due to robust initial line chemistry development. As well as energetic locker room connections are showing that this team is propelled to be a dynamic interchangeable jigsaw puzzle with limited hiccups to support a variety of availabilities. 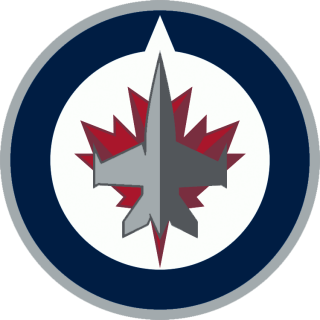 Obviously there is no xTarasenko91_ on this team, which doesn't necessarily mean there's an issue or reason for concern right away. Beantwn_beatdwn was able to find a strong and effective winger to replace the title of top winger with Alexander1032. Not a bad choice all things considered. What we did realise in our studies is that lack of 'addition' to the losing tara. If you're going to lose one of the league best you better not only replace but add more to fill the gap left. There's a lot of quality forwards but we just don't have the combined firepower need to compensate or replicate last seasons success. Time for Plan B!

Plan B: Instead of relying on such a powerful individual player, Beantwn is going to quickly realise that a structured team play system combined with constant endurance each game will be the most effective in stringing together wins.

Results: Division title contender. The central will remain the weakest of the 4 division giving the Jets freedom to perfect their team chemistry and design their own identity with no tarasenko, without sacrificing big hit's to their playoff chances.

This concludes out general team reports for our first 26 VGNHL teams. Shortly we'll be going into more detailed depth with our remaining 7 teams in section 4.