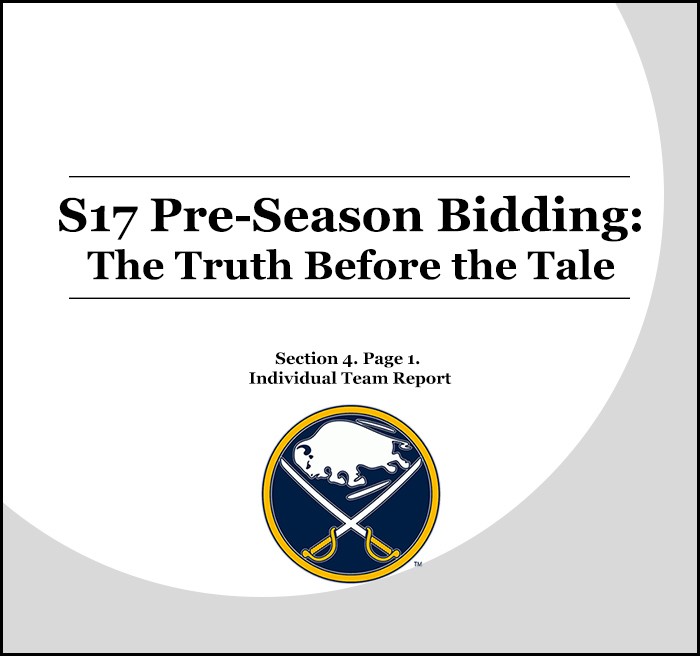 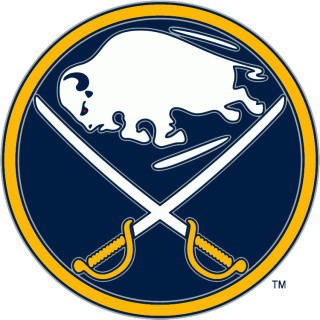 Cptnclutch28 is certainly learning more each season about what it will take to compete for a postseason run. The big headline for the Sabres is undoubtedly the 11M RiseOfTheNinja signing to be their star playmaking right winger. The perfect scenario for this team is having Ninja being available for 6+ games a week, but that's to be seen with the latest rumours. So we'll be adding that variable to the remaining report and prediction simulations.

At a low GP/Week for Ninja the team will now rely heavily on their superstar winger mjvoell44 who just had an amazing rookie season, and their underrated 2-way centre frysideninja1 to carry the workload offensively through the majority of the season. One thing that this team can look forward to is that when this first line of Mj, Fry, & Ninja do start playing, they excel in dynamic 2-way performance, and defensive pressure discipline that is complemented by the support of the blue line. This was shown to increase player morale and enjoyment long term.

Defensively this team doesn't struggle from any availability standpoint. The core of this blue line has played several season together and will continue building rotational coverage, and puck possession chemistry. The addition of ZoGood was a bit of an overpriced pick up but for what was available in the later days of bidding, he should be up to snuff to fill out that top pair with Fatmaninlilcoat.

Goaltending longevity is a bit more concerning for us as we yet know who's going to be playing the additional games as 'backup' when XdarksparkX isnt slotted. Best guess is that it will be mainly done by the Owner and occasionally ccurtis3974 for a few games this season.

One Piece Left to Place:

Potentially this could be massive for the Sabres down the road. One of Buffalo's draft picks was on the highly talented Krvstoffer. This pick up is perfect for a supporting RW role with Ninja. If the availability becomes a factor for this team to lock down some wins, once he is eligible for call up and/or entry level signing Kris would be a great in franchise option for wing support.

This team has the pieces for a competitive, and balanced first line composition that would be effective against the majority of the top lines out there.

With that being said we would of have preferred to see this team do a couple things differently. Mainly, the signing of Ninja is a bit to high for him to commit to for the demand this team will need. Trying to reacquire DeathClown27 for something near that 7M mark would of been ideal. This would've allowed Buffalo to cap out for a top centre with 7M+. x-SCY-x would seem to be the best option with Death, that would of left the team over 3M in cap for the Kris ELC.

3rd seed contender for the atlantic division. Ninja remains the 'x' factor and will be a difficult contract to move when the time comes. When the 'top 3' are on the ice the line is extremely dangerous in both ends. This line is extremely difficult to draw penalties from, and are aggressive on the back check at the same time. Capable defensively skilled forwards inflates the overall value of the back end. Teams with focus on low cycle and above average corner/half bored play will noticeable be more efficient at generating scoring chances than high point anchored offense against this team.

S17 Pre-Season Bidding: The Truth Before the Tale - A Multi-Part Series

Section 1. Page 1. Introduction to The Truth, and the Tale