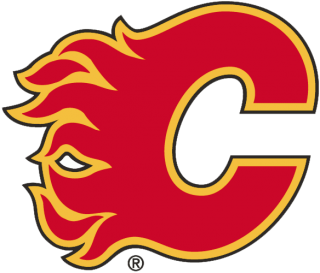 This team is one part away from being absolutely perfect. Outside of the lack of noticeable goaltending depth this team is one of the more balanced group of skaters in the league. Akonvict21 is arguably one of the best defensive centres in the VGHL but also excels offensively making him the perfect anchor to hinge the rest of the supporting scoring cast. The core of the Flames is a near replica of the past season with a couple of strong additions.

Offensively the top line will consist of Vish_b, and go_marc on the wing with the Owner Akonvict21 front and centre. The supporting depth forwards of xShauN88, and veteran Coorsi88 would top a variety of needing teams through the league. At 500k GonzoArmstrong is probably the best '6th skater' utility player out there for the price. Though availability comes into question with Gonzo for this season, when he is slotted in forward or defense he's more than capable of maintaining the high dynamic playstyle demand this team will be accustomed to.

But wait there's more! Defensively this roster is just as terrifying for any opponent. Dparans & IceAJ420 again return as one of the best blueline combinations in the league. Additional depth from their ELC Buffalomick and Gonzo provides even more of a variety of options and supports a range of availability without performance and proficiency being negative effected.

Snipeshotty will be a goalie main this season regardless if that was his plan or not. The one part mentioned early is the what the final goaltending rotation will settle down to look like. From our calculations it will rely heavily on snipe with the majority of backup workload spread to Coorsi.

YSoHGaTET Thots: Strong team defense is inevitably going to be noticed form the first game. Which could end up having opponents seeing semi-hybrid trap system that is compounded by the skilled defensive ability of the top forwards. Initial goaltending structure is still a concern for long term success if snipshotty isn't prepared for the demand of the team, or if there is no change made to bring in support between the pipes.

Results: Contender for 1st in the division. President Trophy contender. Cup contender. Likely the team will lead the league in goal differential and be among the top in goals for. Vish wins all the trophies.