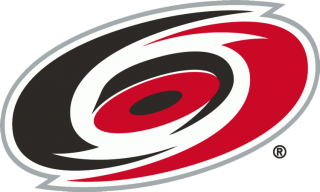 Another team that has utilized the totality of the salary cap. The core of this team consists of the dominate roster from season 16, with some picks and additions that fill perfectly into the gaps from the 'end of season' roster turnover gaps. After a short gaze at the final post bidding squad, this set of stunning stallions fashion, from the forge of finesse, a prophetic holy hymn of harmony and balance. From top to bottom, east to west, in all three zones just oozes an unmeasurable, and undetectable aura to the non believers blind of true thumb excellence.

One of the most effective top lines in the VGHL returns unchanged. HAT_TRICK_LEGEND, LazieeQc, & xDeAdLy_xDaNgLeS are superstars all in their own way. Each focusing on their own play style in a way that complements the other two. Attached to the big three the remaining available forwards offer flexibility and utility options most noticeably kylej83, and BReWsKiiS. Former Norris winner Kyle (not LaFleuR btw #shafted) will likely be slotted in a '6th skater' role, filling in for any skater comfortably with more of a focus on the blue line. As long as availability doesn't hinder smooth line changes there will be no concern during these games for management.

Again on the blue line we have the league's best back end quarterbacking the dynamic offensive trio. Pretty much LaFleuR11 got shafted out of a Norris last season. LaF is one of the better players in the league and his underrated, underpaid partner Nick_x_98 is as good if not better than the majority of defenders throughout the VGHL.

There is high expectation on their rookie netminder B4Dn3wsJER3 to jump in day one and become the starter for this team. Lucky for Hatty he has the skill and confidence to pull it off. Realistically B4Dn3ws should've picked up much higher in the draft. It was an obvious sign from the gods when Carolina saw him undrafted when it was time for that 13th overall pick. Even though xSkjei76x hasn't strapped on the pads in some time for league play, it's expected he'll be kept as back up option with Xx_Johnny84Qc_xX for the position when needed in a pinch.

The only upsetting part for those would want to see how dominate this team can be 82 games of a season, is the commitment to availability of a few of these players can offer this roster long term. With that said when you're matching against the supporting cast, they should not be taken for granted unless you're activity trying to throw for draft value. The depth outside of the main line up could lead any mid tier team if availability was in their favour.

Results: First in the Division. President Trophy contender. Cup contender. This team will lead the majority of team based rankings. B4Dn3ws wins all the trophies and will provide more reliable and consistent availability than keeper in the past. Which allowed this team to maximize the cap for stronger depth in all skater positions then the past season. The pre-existing chemistry will continue to improve and be adapted by the supporting roster. However if it comes to point were they feel they can commit the top line more than their expectations then we'd see a two for one, or pick for player deal made to shrink the roster but not lose overall CR value.