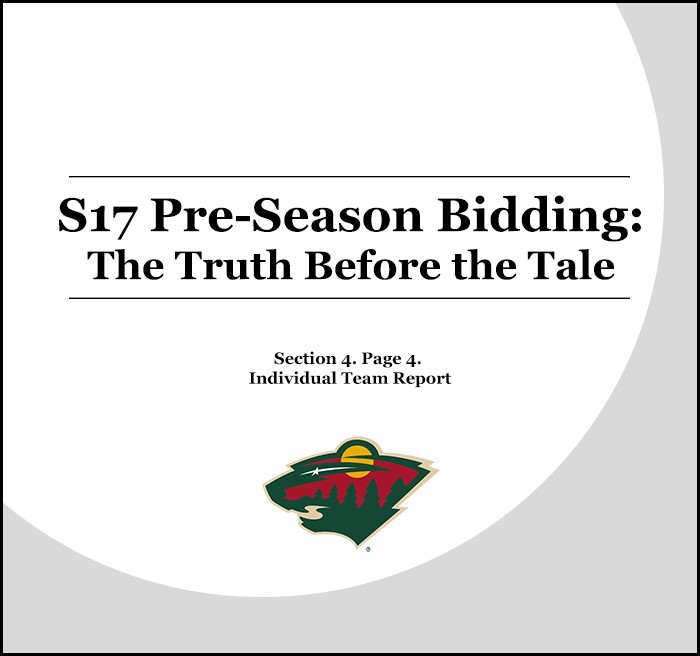 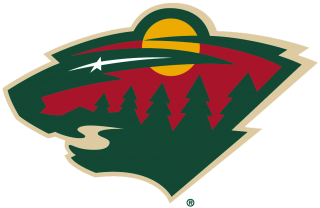 This squad is in the best possible division for them to pull into a high seeded playoff spot with what's on the team. The notable things this team has right now are rich in thumb skill and have the ability to infect others with a drive to play better. The Wild reunited two thirds of the offensive juggernaut of the former Jets killer forward line from season 13, 14, & 15. Unfortunately the Wild were unable to secure their first choice of prodigytolegend to fill in with Insane_Hellfire, & Mattkiinnoo. And the choice to not lock up M_a_bster in exchange for skillszy was an interesting choice for the pre existing chemistry factor.

The goaltending on this team is much stronger than the majority of the league with the reliable tandem of zimDman, and Memlocke. There is however potential to use one of these two to sweeten the deal with skills to secure another dynamic left winger with better availability. But for a combined 3.5M in the crease there isn't much room for gaining cap that would make the loss of depth between the pipes worth the move. Most options that would be classified as an upgrade for the french left winger comes with high price tags. However the best option that would fit this teams budget would be Buffalo's mjvoell44.

The 'weakest' component for this roster is the defense. Solely due to a lack of veteran blue line presence. Nyg1227 is undoubtedly the starting, goto defender for the Wild, and will likely be flanked by Tantillo818, or some combination of Greeno1822 with either. We'll just need to wait for this team to discovery and optimizes the most effective pairing of the 3.

Three Musketeers that would of brought Tears. We were really hoping to see Prod, Hellfire, and Matt all on the same team. The price tag on the young left wing Prodigy just made it impossible to do do without serious sacrifice to the remaining components of the roster. The moment Prod was signed to the Golden Knights the long standing private Elite group DM of three best buds was filled with frowny face emojis. (Fig. 1)

Figure 1. After Prod received the news of his bid being finalized.

Kiinnoo Kurse: There are two versions of Mattkiinnoo. First there's the dynamic, unstoppable, charismatic, and powerful Qc winger who can easily net a hat-trick every period. The second version is how that seems to be minimized during the playoffs. Whether it's due to a loss of the supporting casts confidence, or an unexpected line up or strategy changes. For some supernatural reason Matty just can't seem to seal the deal in the postseason.

YSoHGaTET Thots: The top line of Skillszy, Hellfire, and Matt NEEDS to play as much as possible, and then they need to play more. The division is wide open for this composition to go on a real title run. The big downfall is however the availability of the 2 wingers. Skillszy has the skill and the ability to really complement Hellfire and Matt but will likely be traded as some point.

Results: Contender for division title. Playoff bound, but knocked out in the 2nd round due to the 'Kiinnoo Kurse' combined with likely a strong pacific team match up. It will be noticeable week 1 how dependant this team will be on the top line. The lack of forward depth to maintain the high standards of the main line needs to be looked at. Management needs to be constantly monitoring the trade blocks throughout the season for opportunities to improve on what they missed out on during the bidding.