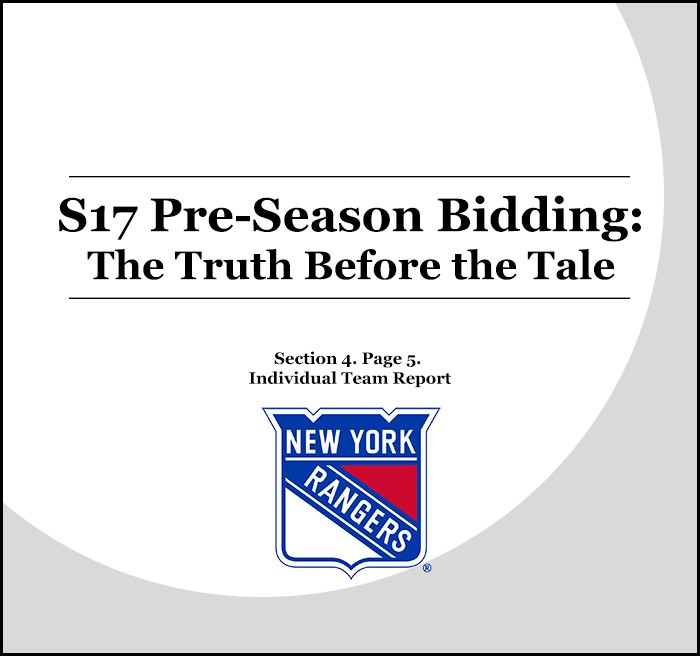 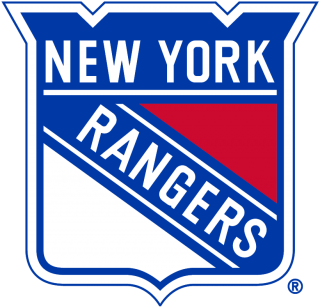 Defensive all-star Gatinofreak1977, went with the underrated management duo mantaility of securing a top level Goaltender in NHLRICK as his captain. Setting the scene to allow the team to focus on their forwards, and a few depth backend players with the remaining cap. Like a silent ninja of team building, Gatino & the Rangers seemed to be precise and meticulous with their pre-season bidding, selecting each piece to fill a different role on the roster. A surprising tactic not usually seen, with having no players added after the first day, to building a well rounded composition of quality starters and effective backups.

The big attraction of this team is the headlining Double_brah with a statement $9.5M signing to anchor the forwards up the middle. Two additional Qc star wingers of M_a_Bster on the left, and GallyChucky on the right, flank Double for an ice controlling powerhouse, filled with a variety of weaponry. The supporting cast of bNYCe83, & jayscott555 further adds concern for opponents who lace up on the opposite end.

On the back end, lead by the owner and team captain. Rancher12345 running the backup/split G role, who could easily be a starter on any team was an unbelievable pick up for 500K, likely will see a fair amount of games depending on Rick's schedule. Additionally the top D pair of Gatino and the charismatic french defender azdek63, with kashed006 as utility defensive depth combined with the 2-way play of their forwards will make night's against the majority of the teams in the league near effortless in their own zone.

Rookie With Nothing But it All: This team has all the tools to win a ridiculous amount of games this season. Gatino comes in as a rookie Owner in the league, already with GM of The Year considerations. With nothing coming into bidding, the scouting of talent combined with some type of magical formula to build a complement of top quality players almost effortlessly, and quietly shows the overlooked management skill of this VG first timer.

This team overall is my personal favourite. Only thing that would of  put this team above and beyond would of been adding in another utility '6th skater' to play all 5 positions for a bit of redundancy at a roster size of 11 instead of the league minimum. But if good availability from the majority of the roster holds out then it won't be much of a factor. With that in mind this team is among the most balanced and most skilled in all 3 major position categories. Dangerous wingers with a highly skilled and disciplined 2-way centre with a powerful ability to win faceoffs, and a cast of first line skill level utility forwards for depth. Two great netminders that can make big saves when needed, and a potential top D-pair with experienced league veteran presence as a substitute blueliner when needed in kashed.

Results: Division title contender. President Trophy contender. With as much praise as we've given this team, there is always a bit of concern with running the minimum roster size. With running 10 and having such an above average standard for the players on this roster. The possibility of losing any of the players would become worrisome if replacement or removal is needed. This could cause serious and noticeable degradation to overall chemistry and line cohesion (knock on wood). Without a substantial replacement we would see quickly, an uncontrollable spiral into a dip in standings with such a dangerous number of quality competitive teams present in this metro division.