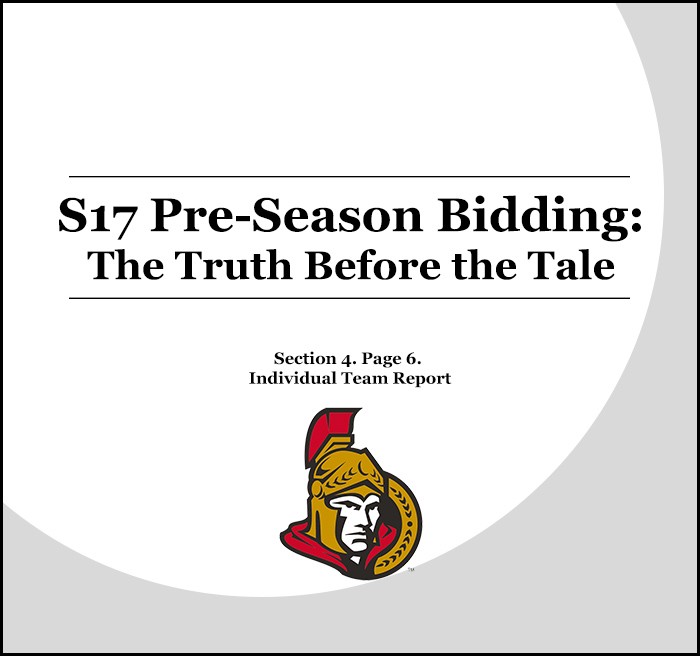 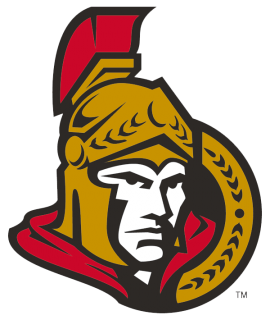 There are a lot of names on this team, a lot of personality, and a lot of skill. On top that, owner SMiiRK-_- has more confidence in this team then anyone has about any team we've seen. For the last 3 weeks the community has had to hear the tale of how dominate and explosive this team will be. Sadly it seems likely that the Sens will be a very dangerous squad indeed.

Goaltending is a lock. Ucantcme_kamakaz will start for this team and is among the top puck stoppers in the league. However if Kam is unable to lace up, there are several effective and willing players that have the ability to pad up when needed, mainly veteran goalie tabbs85 will be the go to.

x-RECKI-x is here to log-in, load up, and lay a trail of highlights as this team's main right winger. Known for his expertise in net, he is equally proficient as a forward. Nielsen1702 will flank the left side of the ice or run the centre role if needed. This provides even more scoring depth for whoever settles into the the other starting forward role. Best guess from our simulations is they try and force xWoozyx- to the left wing. Or place their ELC Fluri37 at centre. Most likely the top line will include Woozy.

Running the blueline needs to be soccaplaya11 with Smiirk. These two are the most optimal combination on the backend, with Socca quarterbacking break out and special teams, with Smiirk running a more supportive role offensively. Overall team defense is multiplied by the skilled 2-way nature of Nielsen and Reki which relieves pressure on the blue line allowing Socca a bit more freedom to be comfortable with the roster.

Tom Time: There is a variety of opinions when the discussion about veretern 2 time Norris Trophy winner soccaplaya11 begin. An emotional and sporadic defender who can show up and dominate the pace of a game in the blink of an eye. A powerful shot with equally impressive shutdown game, whether is a perfect poke or a rink shattering body check. Despite the feelings some might have about Socca, not respecting where he is on the ice when he's at the top of his game is ignorant and foolish. The more success this team finds through the season, the more dangerous and engaged the Long Islander will become.

YSoHGaTET Thots: Smiirk was able able to utilize all but just over 500k of the given salary cap, and surprisingly is not at the league minimum roster size. We would like to see them make some trades to secure a top tier centre/left wing who can commit to a large amount of game per week. The amount of quality depth and extra roster slots give Ottawa options to make 2 for 1 trades to bring in that type of player.

Results: Contender for top in the Atlantic division. Top end team in the league. This is dependant that the totality of this teams top line players are able to remain on this team in a positive and impactful way throughout the season. Personality clashes could negatively affect this team like a terminal and incurable diseases. This would demand swift, abrupt roster changes to salvage a postseason appearance.

The Sinking of the VGNHL Pacific Division

These two are the most optimal sequence on the backend, with Socca quarterbacking split out. Gamers should check strip poker android to spend their time with great casino games. And i love to visit here because of the information [provided bu them.

0 Cancel Reply
These two are the most optimal sequence on the backend, with Socca quarterbacking split out. Gamers should check [url=https://porncasino.co/strip-games-for-android/]strip poker android[/url] to spend their time with great casino games. And i love to visit here because of the information [provided bu them.
Cancel Update Comment