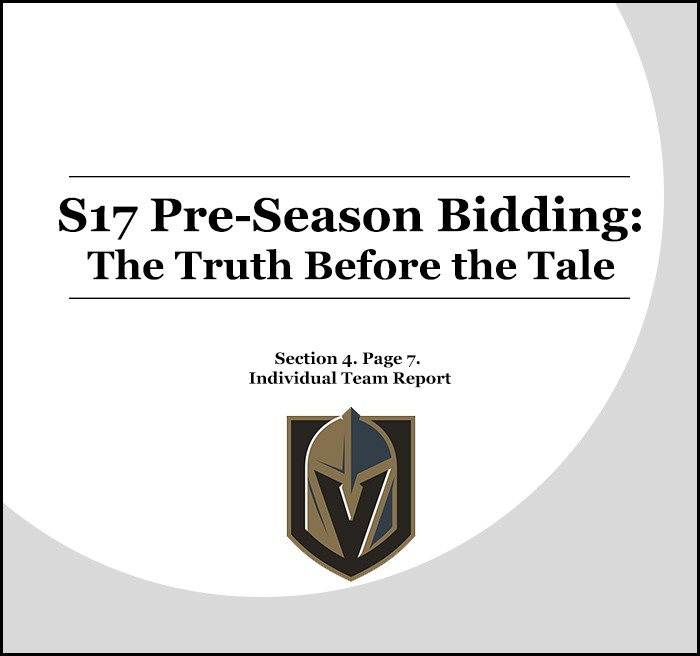 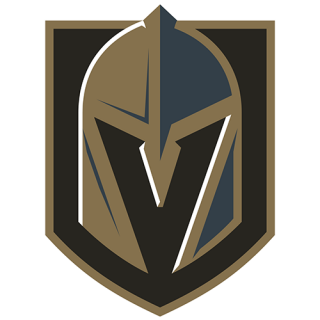 The Golden Knights are hungry for a championship. This season, has the potential to hold their best forward line yet. And with a core of the back end returning in one way or another this could be the season. llXMalkin_71Xll, & the-statistician secured the core components of this roster before the bidding which allowed them to focus on bringing back reliable players from last season and powerful utility. But more importantly Vegas secure a top tier left winger to flank owner Malkin.

Former Florida owner prodigytolegend returns to the west to round out a powerhouse pacific forward trio with Malkin and the teams franchise player WolfxI29I. A perfect perky piece to propel the playoff bound pals, leaving these persistent pacific players a playground paradise of posting points a plenty.

The Vegas backend sees no change to the core defensemen of back-to-back Norris winner the-statistician and partner graham_scott. With the return of the underrated top goaltender carbor123, pressure should be off of SliyumShady to allow him to really settle in and assimilate the pre-existing locker room chemistry. When the time does come for Sliyum to dawn the crease, the overall defensive potency of the top line in their own zone should relieve unfavourable scoring chances preventing an overabundance of shots overshadow his true talent compared to last season.

The depth on this team is interesting to look at. Scredd17 is known to mainly to play the left wing, but slotting him over Prod doesn't seem like a consistent outcome even though Scredd is a skilled winger in his own right. The remaining depth players will serve this team well when needed without having to sacrifice much chemistry.

With the number of players on this team and the skill level we would like to see some deals done for some picks or even partially building for next season closer to the deadline. The top line is extremely dangerous for the amount of games that they'll be able to play. Prod and Malkin have won VG championships together. The only concern is that they're missing their hard carry Yuck from that amazing, and historic VG Club League Season 2 Championship run.

Results: Division title contender. President Trophy contender. Cup contender. Malkin and Stat are usually contempt with the squads they build unless they're in need of important roster pieces. With how complete this team appears to be, the depth chart will remain as is until closer to the trade deadline. Expect Vegas to likely trade away Scredd to a low seeded team needing the boost in offense for a potential draft pick. Additional moves are likely toward deadline to shrink the roster to refine a robust and consistent line chemistry among the core for a cup run.