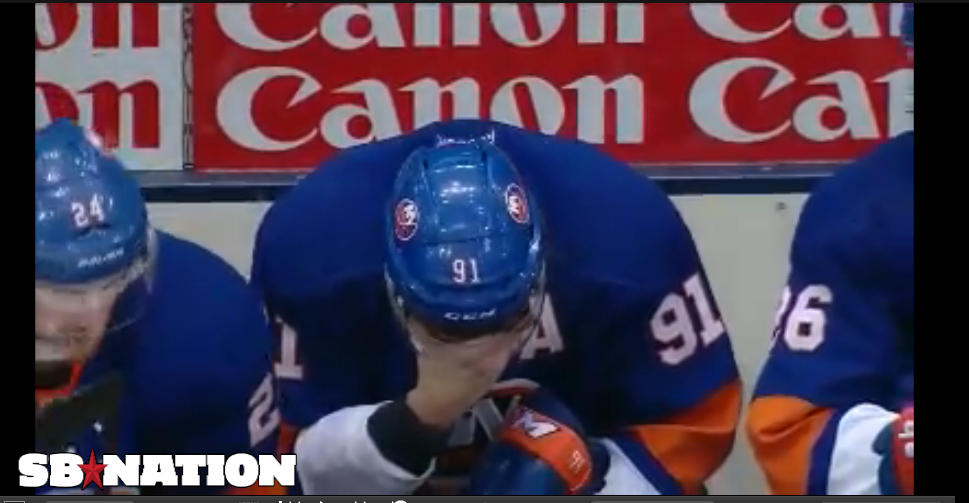 The Islanders had a chance to save there season, they had New York Rangers and Philadelphia Flyers on the schedule and a chance to keep them pushed far enough back to kill any hope they could catch them.  But it was instead a night of total disaster.  The Rangers not only took care of the Isles, they also handed Carolina a loss, but did come up short against the scrappy Devils in OT.  The Flyers destroyed New York before edging the Devils, and the Penguins took two wins against Carolina and Columbus to move past the Isles, who they at one point trailed by 24 points.  All 3 of these teams have Ottawa, Montreal, and Tampa Bay remaining, all teams well below .500, and the 2 trailing teams also have Boston, another struggling team.  Basically it is very possible that those teams could run the table and end up with 97 points, a total the Penguins would reach with just 2 more wins, meaning to survive the Islanders who have now lost 13 of there last 14 would need to find a way to get 2 wins against the likes of Detroit, Toronto, and Florida to prevent letting a one time 24 point cushion turn into a team that misses the playoffs.  The Blue Jackets are not far behind them in the landslide column, while not as high up, they were pretty close and are in the same boat with 92 points.  Columbus has not been an easy win by any means though and could hang on with a couple more win, but there schedule also features Detroit and Florida, but they could take advantage of the Boston and Buffalo games on Wednesday to stay in, wins in those 2 games would force the Rangers and Flyers to both run the table just to have a shot, and if they do, Columbus' challenge would become pick up 1 point on Thursday.

In the west Dallas has just about sealed the deal with 2 wins, including Minnesota, to basically finish them off, and Winnipeg.  This coupled with a Nashville loss puts Dallas in a spot to lock themselves in before Monday is over.  Vegas also has not finished closing the deal as they could only split on this night, but the Ducks failed to take advantage and now sit 10 back with only 6 games left, and no shot of getting the tie breaker, meaning a Vegas win ends the Ducks hopes.

I would be wrong if I left out one of my biggest disappointments of the night for the league as a whole. Montreal and Ottawa taking FF loses in a total of 5 games between them.  These teams are front and center in the Metro race over the next three days, and while most would have them as large underdogs against all 3 teams, it would be extremely sad to see 1-0 wins push teams into a playoff spot in the final two days of the season.

Who is Closing in ?

That was the terrifying moment of my life when eh VGHLs collapse against the rival team. When they are approximately near to their win. Here you can get royalessays to manage quality work easily. No problem guys, you worked hard and one day you will win tat championships. Thanks for this.

0 Cancel Reply
That was the terrifying moment of my life when eh VGHLs collapse against the rival team. When they are approximately near to their win. Here you can get [url=https://www.bestbritishwriter.com/royalessays-co-uk-review/]royalessays[/url] to manage quality work easily. No problem guys, you worked hard and one day you will win tat championships. Thanks for this.
Cancel Update Comment