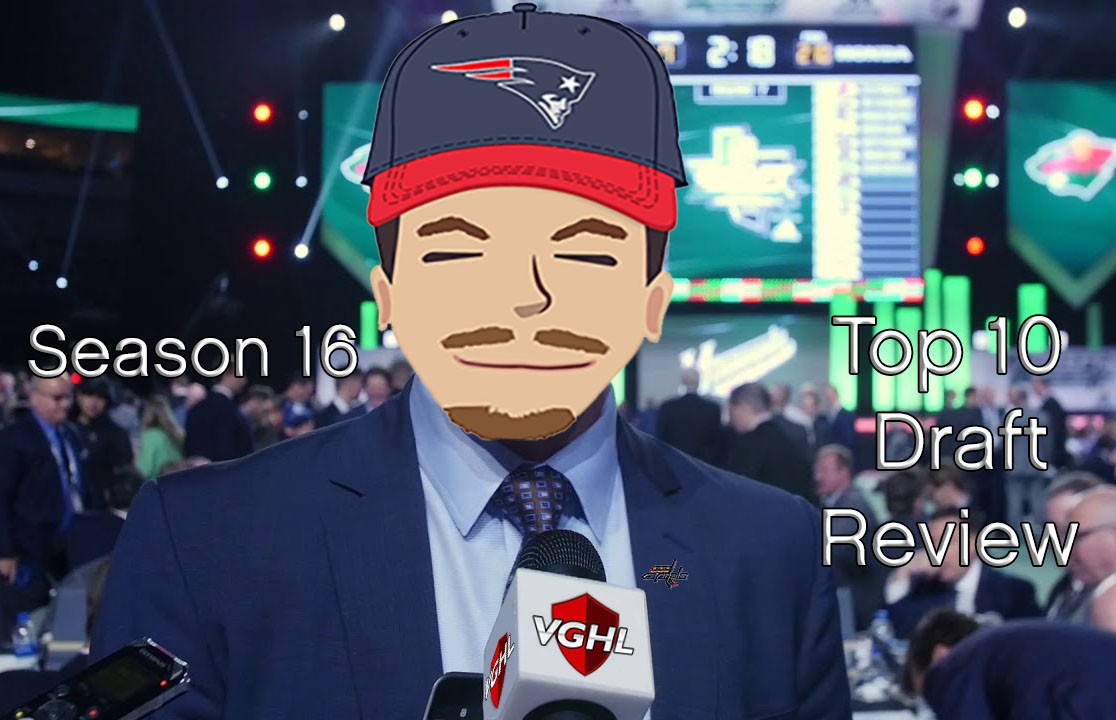 Following the draft i wanted to analyze the top 10 draft picks. So here we go.

Death is a relatively new player to hockey leagues. He is young, but cares a lot about the game and takes it seriously. He is also the son of fellow member Etthan. He got drafted by the Sabres which has poised management, and who also coincidentally has his father. The Sabres also got other solid picks such as mjvoell44 and dshann88. Anyways, back to Death, he primarily plays LW but can RW and C. He is also a TWDC which means he will need to be ELC'ed for 2.5mil. Here are some stats.

I don't personally know much about Sloppy, if someone wants to help me out, don't be shy and leave some info in the comments. All i know is that he ahl management last season and that he has a good attitude unless you piss him off. He was drafted by the Penguins lead by 2 other poised management duo. He is a RD who can also play LD. He is a OWDC at 1.5 which is great for a starter or even back up D. Here are some stats.

Ghost was predicted by many to go 1st or 2nd overall. It was a big surprise when he fell down to 8th pick. Ghost isn't new to leagues, he's been playing vg for a few seasons now. Ghost is a genuine good guy, who will not cause trouble and who will show up when needed. He is a RW and C also. He was drafted by the Rangers on a TWDC which might problematic because the Rangers drafted 4 TWDC, GhostMK, #1 overall pick EPICxSKILLZY, Merana89, and Nick_x_98. Only 2 of them can be signed which will cost 5 mil, and the 2 others will most likely be traded. Well see if Ghost stays. Here are some stats 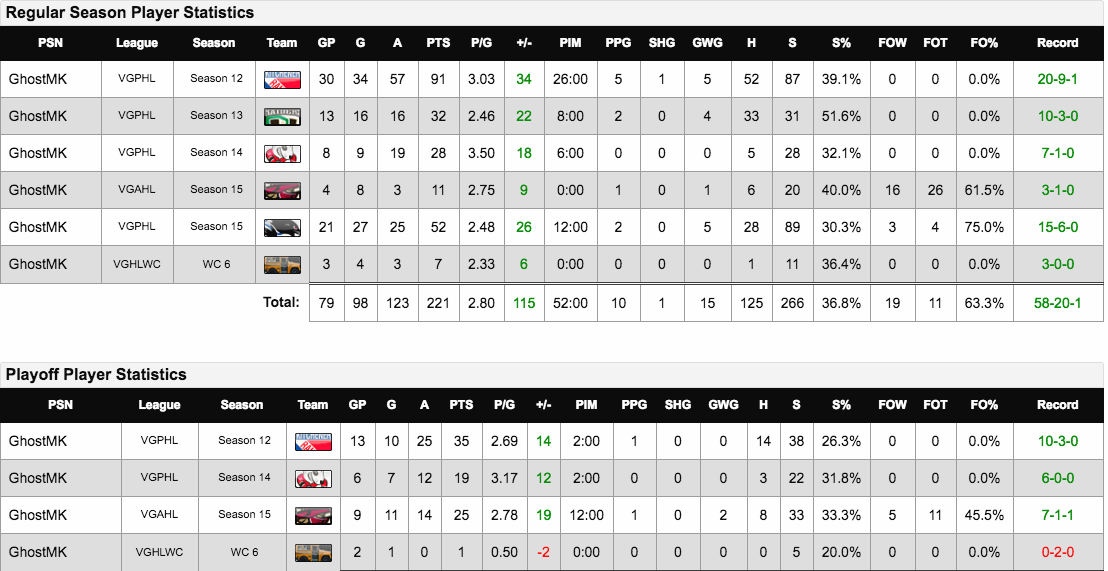 Redflag has been playing NHL for a long time now, I'm surprised this will only be his 2nd season in VG. Redflag is a super cool, quiet dude. He plays a lot of SPNHL or clubs with his boys. He was drafted by the Senators. Senators will have a huge task this season having no one on their roster, and already losing their captain Burst, which was replaced by BReWsKiiS. Redflag is mainly a Center but can play RW and RD if needed. He is a TWDC which once again means he will cost 2.5 mil to ELC. Here are some stats

Pitt is a super chill dude, has been playing LG for a few seasons now and will be making his VGNHL entrance this season. He was drafted by the Stars led by NJ_DEVILS_30 and curlew77. Pitt is a LD who can also play RD and is a OWDC at 1.5 which is really good considering the Left Defence pool is pretty low this season. Here are some stats.

Coooch is relatively new to leagues, but has made a big impact in all the leagues he has joined. I dont personally know a lot about the guy so if anyone knows stuff about him, feel free to mention it in the comments. He was drafted by the Canucks, who have 2 new managers in VG, Lach12 and X-SCY-X aka scyther808 (i think) but who aren't new to the game. He is a TWDC which means ( yall know now...). He primarily plays RW but can also C. Lets see if coooch can produce in the big leagues. Here are some stats.

Bar is another player which i dont know much about. I was also very suprised to see him go 4th overall, maybe theres something I dont know about him. From what i can see he is relatively new to leagues, has never played at a higher calibre league. So this will be a big test for him. He was drafted by the Bruins led by Jonskies8 and FIREFIGHTER58 who relocated from Arizona ( i think lol). He was drafted a OWDC at 2mil and plays C but most likely plays a wing also. Here are some stats

BK is new to VG but has been around in LG for a few seasons. Im assuming he jumped to VG after he got a 3 season ban in LG, but thats ok, we always open our arms to new players, just don't do stupid shit here. That being said BK is a nice dude, very present in general chat and a very good player, he was predicted by many to go top 10 and thats what happened. He drafted by the Sharks led by 2 new managers, Smearedpap and MyNamesMino. BK was drafted a TWDC (...) and mostly plays RW, LW and C. Lets see if he will be able to produce in the big VG league where top lines are constantly thrown at him. Here are some stats.

Alright, before anything is said, lets start with the rumours. 1. Someone else signed up with that name and it isn't actually Weapon. 2. He wont play. Now that thats out of the way, if it is Weapon and he actually is playing, its a great pick that could lead a team. If it its not him or if he is not playing, what a waste of a pick. ALWAYS CONTACT PLAYERS BEFORE DRAFTING THEM. He was drafted by the Stars (2nd pick in top 10) on a TWDC. He usually plays C or LW. Here are Weapons LG stats, wether its him or not.

The number 1 overall pick SKILLZY was a big surprise to many to go 1st. Personally i like the dude, he has a great attitude and will show up to games and can make a big impact if surrounded by good players. He was drafted by the Rangers ( the team who drafted 4 TWDC). He mostly plays C and LW. Still curious about how the Rangers top picks will play out, Epic and Ghost could be killer up front, but will cost 5.5 mil to do which isn't bad for the calibre of those players. ANYWAYS here are the stats of the NUMBER ONE OVERALL PICK.

​Hopefully you guys enjoyed this write-up. Please leave a comment if you have anything to add, or anything constructive to say, also SUBSCRIBE TO THIS BLOG POST to keep me motivated, the more motivated i stay, the more content i will write weekly.

I love these kinds of write-ups !
Good job Shaynestaa

Epic Skillzy is a turd.