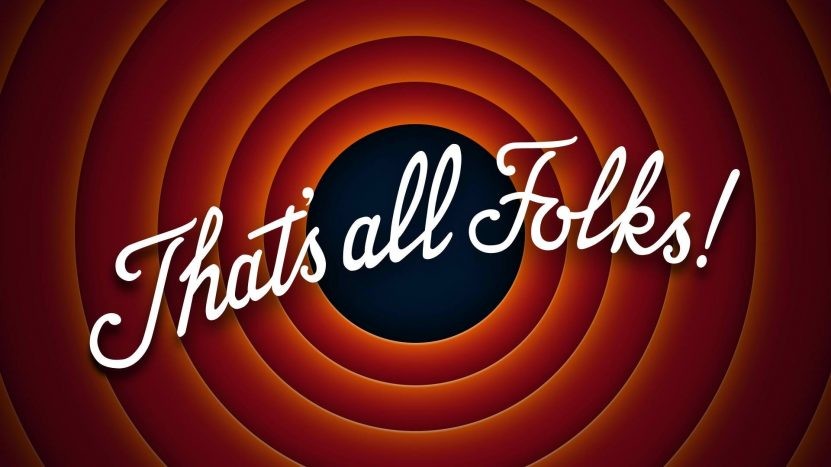 Man what a 4 years it has been eh? Going all the way back to when LGPSN first started is when i got into leagues thanks to ThatGuyShadow91, without him this wouldn't have been possible, however my stint in LG would be short as I would go on to Find SPNHL and the VGHL, these leagues I really fell in love with competitive Hockey.

Let's start with SPNHL, man y'all are already starting Season 36? Almost been 19 seasons since i was a rookie there, I had plenty of ups and downs from losing in 3 cup finals to having 4 guys on my team all win awards, and winning the presidents trophy, met a lot of amazing friends like Reapz2313, Ransom613, Dirty-Dietrich, and MG2452, but those are just some of the names there are many many more, most importantly I met SA_Pliskin and really learned a lot about how deep SP went in it's past history with NHL Leagues, from what I could tell SP was always a smaller league (The runt of the 3 top leagues if you will) but that didn't take away from the uniqueness Pliskin brought to the show, he had some crazy set of rules, some are great and some not so great, but I love SP with a passion and tried crazy hard to help it grow, such as moving off skype over to discord (which took me 3 seasons to convince everyone this was the right move) however in the end I believe this is partially why SP took off for a few seasons right after words.. Unfortunately my time in SP would end on a sour note being fired by Pliskin after 10 seasons as one of the most or active successful GMs, that really hit hard.. This is however in the past, and Pliskin I want to thank you for all that you taught me over those seasons.

VGHL, man what is there to say, I started here as a rookie player in S11 or S12, found VG through one of my buddies on my LGAHL team 4 years ago actually, so it's been a ride, didn't really do much in VG until S14 however when I took over the Stockton Heat for Akon and Vibez, (I was begged to be a GM for this spot by the way) had a successful season, if I recall correctly staff wanted me to take an NHL ownership spot mid season, I of course was smart enough to say no, following Season I was again with Vibez and Akon (no begging this season) I ended both those seasons with playoff berths in the AHL as a top 10 team in the league, S16 I decided to move to a new owner as Vibez got annoying, after 2 seasons, this season I decided to go with Snake__plisskin and Sudzy as my owners, I said yes to Snake because he had asked me a few times to be his captain between S14 and S15, my 1 rule for Snake was get the heck out of Vancouver I was not gonna wear those ugly colors Utica has, so he chose, Philadelphia and go on to win the Stanley cup with this team, now this isn't the best of colors, but it's better than Utica, I would finish as the Wild Card 2 team and go on to lose in game 7 of the Easter Conference Finals, S17 rolls around and this time i got a few owners asking me to be their manager in the AHL, but I go back to someone who is familiar Akon and his new partner Dparans (as Vibez had left VG for LG at this point) season goes as expected, again another playoff berth but still no calder trophy… through this whole ride I have been telling staff "No" multiple times I don't want an NHL team, but finally my assistant MG2452 since S14 came to me and said he would not return unless we went to NHL.. so after doing some homework, you'd all assume I'd keep the legacy and take Calgary, but that isn't what I wanted, I wanted to build my legacy on another team, and Buffalo was in a prime spot, had a solid start with some draft picks, a solid player on a cheap contract in MJVoell44, had missed playoffs the previous season with their owner, this was the obvious answer, so 1st season starts, what's the 1st thing I do, make sure I get Snake__plisskin and akon.. Why? Because any smart manager who is a rookie gets well liked and known vets.. It just helped that they were also good at the game.. MG2452 was set to be my captain here as well but had to quit for family reasons, so on a last minute scramble I ask one of my best buddies Reapz2313 to captain with me, and he agrees, to say my 1st season as an owner went unexpected is an understatement, we were a WC1, (which is better than premierplayer did his rookie season) team but the East was stacked, many players on the team had career seasons and I couldn't have been happier for them, following that season leads me to S19, this was a different season, I kept most the team together with MJ, akon, snake, called up AHL player Ransom, drafted 2 players he had played with in the AHL in Buckeyes, and Skyhighsms, had 2 stellar goalies in Buzzz and Gab, only thing we were missing was an elite RW, and we found that mid season in Matt, we had the top scoring team, sure we lost to some lower teams as well as higher up teams, but to tie for the presidents trophy in my 2nd season as owner, is something I didn't see coming at all (something PremierPlayer has yet to do) we however would end up getting eliminated in 5 games to the Detroit Red Wings who are also a powerhouse and have a solid chance win the cup..

With all that being said I want to go through and thank as many of the people and staff I have met over these last 4 years, if I miss you im sorry

SA_plisskin: for allowing me to prove myself as a gm
CastroGStar: for letting me run shows and stuff on your site and listen to me on things that could help the league
Krilla92: for being the sarcastic asshole who sends cat memes at 3am to me
Kylo_Reli: For being an amazing friend who steals my presidents trophy
Akonvict: for always being there for me when i needed someone and trusting in me when i dropped 10m on you my rookie season, even after you said not to
Snake__Plisskin: for helping me as an owner and making sure every rule is followed right to the line, and doing your homework on players.
MJvoell44: for trusting me again even after the SP issue, glad you believed in the team
Ransom613: man we been through a lot, why you continue to trust me I will never know
ThatGuyShadow91: bro it's been 10 years, what is there to say but thank you.
Reapz2313: Thank you for stepping up in a crucial time when I needed you, you're a true brother
MG2452: dude 5 seasons as manager duo and we were one of the best, should have had a trophy in there as well
Doug: man you're a saint, how do you deal with all the kids?
Prod: never really got to know you real well, but thank you for being there when i did talk lol
Vibez, Man thank you for begging me for 2 weeks to take your AHL team, without you none of this in VG was possible, so thank you, and I miss you brother.

To all of you that I missed I am sorry, but over 4 years i'd never end this if i wrote something for everyone.

And with that I'd just like to announce that I am officially retiring from Competitive NHL play, it's been fun, but I just don't have the time, energy or drive to continue it.. Plus the game is ass so that lowers the fun, Thank you to everyone once again.

See you in 2 seasons

Thanks for being a great NHL owner!

1 Cancel Reply
Thanks for being a great NHL owner!
Cancel Update Comment

Retirement letter are the one of the best letter which we mostly demand to choose for the time. We should have some demands for finding essay writing uk but sometime when we skip them from our important letter in that time that was not good for us.

0 Cancel Reply
Retirement letter are the one of the best letter which we mostly demand to choose for the time. We should have some demands for finding [url=https://www.ukbestessay.net/]essay writing uk[/url] but sometime when we skip them from our important letter in that time that was not good for us.
Cancel Update Comment