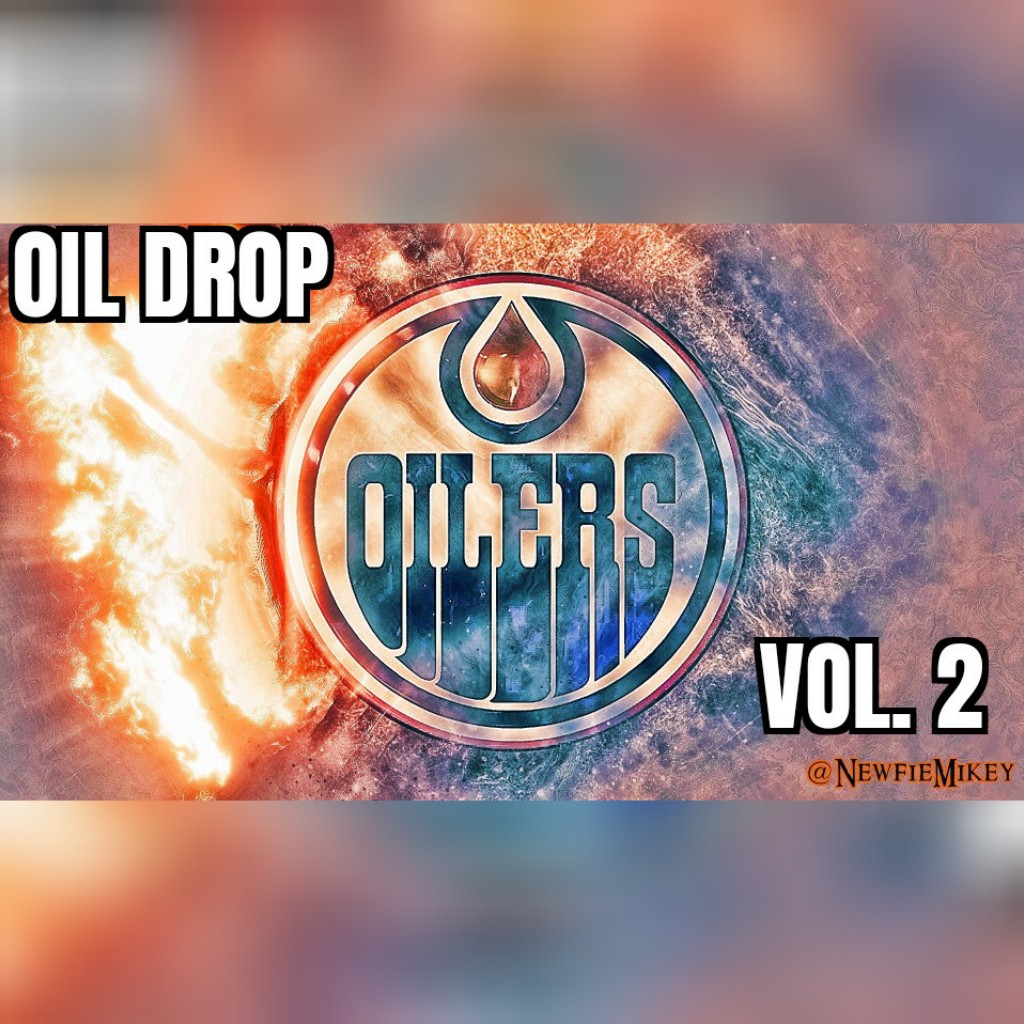 Hey VGHLers and welcome to the weekly

inside scoop on your VGNHL Oilers as Big

Rig from Oilers nation brings you the Oil Drop!

So after coming into the regular season with
a pretty dominating pre season, the Oilers opened the season with what was thought to be a 5-4 overtime loss to the LA Kings but after finding an illegal ECU used by the Kings
it resulted in a 1-0 win for the Oilers!.
Next they would take on the VGNHL Golden Knights and just like they had shown in the pre season that they could dominate games they did just that taking this one by tune of 7-0!!!.
Going into Monday they were looking pretty solid
until they ran into the Calgary Flames game 1 and had to ice a fill in lineup with owner
Budz in at LW! You know its bad and will be when Budz is at LW … My lord people!.
Just as expected the Calgary Flames came out flying and dominated this game from start to finish as they would dismantle the Oilers 12-3!!.
After taking that beating like men and flying into California to face a pesky Ducks
squad the Oilers would claw back from being down in this one and take it in the third period late winning 4-3!!!.
The Oilers proved they can bounce back and fight from an ass whopping and even a deficit.
That would not put them down as they take a big W in Anaheim!. With a day to regroup and refresh as no games are played on Tuesday the Oilers
Went into Wednesday night with big expectations facing division rivals in the Vancouver Canucks and Arizona Coyotes!.
As they took the ice in Vancouver they got off to a great start and lead this game 3-1 before it had to be restarted due to a disconnect.
The Canucks took advantage and shut the Oilers down, winning the last 2 periods sending it to overtime where they would continue the stellar
play and take this one from the favored Edmonton Oilers!.
So after a heartbreaking loss in Vancouver they flew home to take on the Arizona Coyotes.
I caught up with owner Budz at the terminal for a few words and here is what he gave me....

Going into tonight's 2nd game vs the coyotes how important is this game I asked him?
"Well Big Rig After a tough loss against the Canucks this is another important
divisional game where we need to bounce back and get a win plain and simple!"
Well they would do just that as the Coyotes did put up a fight but ultimately fall 4-3 to the Oilers in Overtime!

The Oilers would head into Thursday night sitting at a 4-1-1 record despite some rocky play at times.
The Oil sit second in the division with a chance to take over first! if they manage to get 2 wins Thursday night!
At the morning skate things didn't start off well for the Oilers as Captain Ninja seemed to tweak an injury during morning practice that dates back to the KHL after a season stoppage in the VGHL!.
He would miss that evenings games due to the injury , leaving  owner Budz with a tough decision forcing him to play a ECU against 2 important divisional teams!.
So off they went boarding the plane , headed to San Jose without there captain and 2nd best player if not there best!.
With a tough matchup ahead the Oilers would come out strong and play easily there best game of the season from start to finish.
Beating a solid sharks lineup to take the game 4-2!.
After a great first game the Oilers would ride that wave into game 2 vs the Canucks and turn in another all around solid game.
They would award Sadtech his 2nd shut out of the season! as they take this game 3-0!!.

"It feels great ya know to be apart of the wins and help the team and get a shutout!
I just try to do my best to help the guys win , do what I can!. We are off to a solid start and need to continue that into week 2 , I owe a huge thanks to my teammates for where I am and where we are! "
The Oilers Finish opening week sitting first in the Pacific Division and third overall in the league!.
This is Big Rig brining you the weekly drop on your VGNHL Oilers!!.
Stay Blessed VGHLers until we meet again next week..

Have a good one!
Kindest Regards,