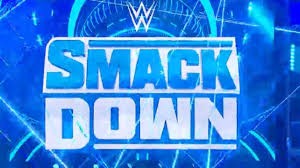 ​We get the traditional SD opening this evening.

With just over 2 weeks to Extreme Rules we open the show with an announcement of a Swamp Match Preview from Bray Wyatt.

Then they announce the IC match tonight vs AJ and Gulak

We open the show with Cole in the ring ready to interview "The Original Bro" Matt Riddle.Riddle is excited to be on SD and it is like a love child of a lot of work and dreams. The reason he fights in bare feet, he never wears shoes because it reminds him of when he had frostbite and it was a burning sensation, that he never wants to feel again.

Boring Corbin comes out to interrupt Riddle, grabs a mic and is making fun of Riddle, what else is new. Then he turns his attention to Cole and tells him to get out of his ring. Corbin says Riddle disrespected the king by attacking him after he was already ganged up on. Corbin says that someone needs to put you in your place, New Guy. Says you don't come in here and get the opportunity to face the king, you face this guy and out comes, John Morrison

Up next, we have a match with Matt Riddle taking on John Morrison. We get back from commercial and there is a ref in the ring and rings the bell. Corbin has taken his place at the announce table and joins the commentary team. While the match is going on, Corbin and Cole go back and forth and Cole tells him he drove Raw into the ground. Great match with back and forth action, Riddle and Morrison going toe to toe with moves and counters. Great match between them with Morrison getting a few near falls. Morrison is getting frustrated that he can't put Riddle away. Riddle is calling for Morrison's best and then fakes him out and gives him a thumb to the eye, classic heel move. Riddle goes outside and hits Corbin over the head with his flip flop, hilarious. This is a great match to open the show, both guys getting in offense and hitting tons of moves. Great match and Riddle gets the victory over Morrison.

After a short break we come back to Miz, Morrison and Corbin in the back being interviewed. Corbin threating to shorten Riddles career.

We head right into the IC championship match. Gulak wearing red white and blue trunks to honor the 4th of July in the USA tomorrow. Styles taking it to Gulak early and they are on the outside. AJ rakes Gulak's face across the apron before throwing him back in the ring. Daniel Bryan comes in via a Zoom call in the middle of the match like a sideline reporter. AJ is dominating the match and having complete control. Bryan says AJ doesn't have many holes in his game and Gulak needs to take care of AJ when he is in the air. AJ is targeting Gulak's knee and trying to wear him down. Gulak reversed the calf crusher and turns around the submission move on AJ as he is trying to win the IC Title. AJ is fighting with himself right now and is upset that he hasn't put him away. As we go to commercial Gulak does a baseball slide and kick's AJ to the ground. As we come back, AJ is in control again, but Gulak starts to reverse it until AJ throws Gulak into the ring post. Bryan giving Gulak compliment after compliment on the Zoom call. AJ and Gulak going back and forth. Another great match for SD and we have had 2 matches during the first 45 minutes of the show. Gulak might have swung the momentum in his favor after sending AJ face first into the top turnbuckle. He is taking it to AJ now and gets a near fall. AJ reverses a move into a powerbomb, then does a Styles clash but doesn't pin Gulak… what is he doing??? Why is he not pinning him? AJ is loading up for the phenomenal foreman and finally pins Gulak for the win. Luckily his ego didn't cost him the win tonight. AJ is standing over Gulak holding up the belt showing it off.

What an amazing first 50 minutes of SD, it was non-stop with very little down time in between. Nice addition of Bryan on Zoom during the match.

Now we go to the back and see Bayley and Sasha coming out what looks like a trailer that could either be their locker room or a production truck. They have been working on a tribute to themselves… how self-centered of them… but what else is new.

We come back from commercial to Sasha's music and Cole announcing that its Boss time. The graphic at the bottom of the screen didn't mention Sasha's name at all, just Bayley… wonder if that means anything. Bayley gives a run down of the week as they have appeared on all 3 shows this week. Bayley giving herself praise claiming the Undertaker called her last week… Blah, so annoying. Taker would not do that, and this is sad. Here comes the tribute…. It was actually a good video package, and finally we get the interruption that we so desperately needed. Cross and Bliss come out to give their own accomplishments. They go back and forth saying you're the best then turn around and say you know you guys are ridiculous right now, right lol. Bliss smacks Bayley and Sasha makes a match, Bayley vs Bliss.

We come back from commercial and get the match underway. Bliss taking it to Bayley at the beginning with a couple of drop toe holds and a dropkick. Bayley blocks a slap from Bliss, to which Bliss flicks Bayley in the forehead and then smackers her with the other hand. Sasha is standing on the outside wearing the SD Women's championship belt while holding both tag belts over her shoulder, shouldn't she be wearing HER tag belt though? Bayley is now in control and taking it to Alexa while Cross on the outside is trying to get the crowd into and rally Bliss. Bayley getting a bunch of near falls and is showing off and taunting Cross on the outside. Sasha gets involved and then Cross runs around the ring and takes out Sasha which prompts Bayley to start yelling at Cross saying I dare you and Cross nails her and gets in the ring and attacks her. Bayley escapes the ring and grabs her belts and starts to walk away with Sasha. Sasha is still wearing the SD Championship belt like it is her down.

The show the table for the toast and it is full of BOOZE. A lot of booze on the table in an attempt to poke more fun at Hardy.

Next up we have Bray Wyatt. They start with showing the swamp with Braun talking about meeting the "Eater of Worlds". Braun has done everything he can to lock away that part of his past and to focus on himself. Bray says we need to go into the past to move forward. Braun is saying that he needs to become him in order to beat him.

Next, we have the New Day coming out to the ring with Big E doing his normal opening. They have bright yellow gear as the come out, and Big E rolls down the ramp LOL, was so good. We have Kofi going against Shinsuke Nakamura. Kofi throws his vest at Graves and gets Cole to crack up.

Kingston takes it right to Nakamura as soon as the bell rings and we have some quick action from both right out of the gate. Kofi threatens to dive over the top rope but Nakamura moves out of the way. Kofi reverses a move and throws Naka into the plexiglass surrounding the ring. We get back into the ring and Cesaro distracts Kofi and allows Naka to take advantage of the situation. After that Cesaro hits Kofi when the reg is not looking so Big E goes over to him and hits him which causes the ref to get involved and they both get sent to the back and banned from ring side. We come back from commercial to Naka having control of the match. He keeps taking it to Kofi with some strong knee strikes, tries to pin but the ref doesn't allow it as his legs are under the rope. Kofi is trying to fight back until Naka turns it back around with a knee strike then a back elbow after throwing Kofi off the ropes. After a 2 count they get to their feet and Kofi is starting to turn it around. Kofi goes for Trouble in Paradise, misses it, Naka reverse's it, goes for the Kinshasa, comes moves out of the way, hits the SOS goes for the pin and Naka kick's out in 2. Kofi's then does a double stomp and gets another 2 count. Kofi is lined up for the Trouble in paradise again, Naka reverse's and hits the Kinshasa, and gets the pin and picks up a big victory over Kofi. Cesaro comes back out to celebrate and he gets a table from under the ring. As he puts it in the ring, Big E comes out and hits Cesaro chasing him off then goes after Naka in the ring and chases him off leaving the New Day in the ring.

Next week we have a few good matches that they are promoting. Now we have the ring setup with a bartender for the toast.

Hardy's music hits and he comes out to the ring first, not sure why Sheamus isn't out here first, but whatever lol. Comes out with no face paint on, but has a shirt that has it and it says OBSOLETE on the back. He grabs a mic then tells Sheamus to get out to the ring so he can try to do whatever he can break him. Sheamus shows up on the screen saying that he is giving him his personal space. He says he is just looking for that quick fix to feel better about himself. Sheamus gives him a toast and tells Jeff he should just drink as his answers are in the bottles in front of him. Jeff is saying to Sheamus, is this all funny to you? Making fun of my problems and the troubles that I have caused my family? Sheamus claims he is trying to help Jeff, not hurt him. The bartender gets back into the ring and hands Jeff a drink to which Jeff takes the drink, and pours it over the bartender's head. Then smashes a bottle over his head as well. He follows it up with a Swanton Bomb and then Jeff's music hits, climbs the ropes and stares at Sheamus.

Show goes off the air with Jeff standing on the ropes in the corner, clapping and staring at Sheamus.

Overall the show gets 8.25/10 tonight as there was great wrestling as well as some advancement of storylines heading into Extreme Rules on July 19th.

Josefsborne Season 17 WTF
10 August 2020
Reality check for season 17, See the page because I know this really is useful and you also get diff...

CClark1999 VGKHL Power Rankings
15 July 2020
It was till he got banned for intentionally FFing games even after he was warned, lmao.