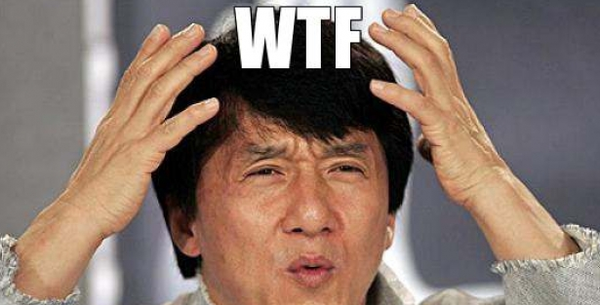 ​Lets be real folks, the NHL Community is a toxic shit show.  There is no sugar coating this.  We all understand that players don't want to play for bad teams because it sucks to not win, but unfortunately in life there are winners and losers and to have winners you have to have losers.  Do you think Connor McDavid likes being on a team that is 3rd worst in the entire NHL right now?  The difference is he isn't going to "refuse to play".  Yes, he gets paid millions of dollars and us Virtual competitors do it for free because we like playing the game.  I have played this game with some of the best and some of the worst players that have come through this league and of course it is always more fun playing on a winning team.  That being said if I don't show up and play my games on the losing teams then I ruin the experience for everyone else around me.  Sometimes you shitheads just have to grow up, be mature, and play the games.  I know in our new "participation trophy" world everyone wants to pretend that they are the best and everything should be sunshine and rainbows, but if you haven't gotten this yet you soon will.... LIFE ISNT FAIR.  Don't be a bitch, get out of your diapers, put on your pull ups and take one on the chin you babies!  Sitting there and saying "waaaa my team is bad", "waaaaa my owner isnt elite", "waaaaaa I'm gonna not show up because I am too good for this" is all a bunch of baby bull shit and sooner or later the real world life is gonna bitch slap you so hard you are gonna think you an infant and are still sucking on your mama's tit!

The incidence of narcissistic personality disorder is nearly three times as high for people in their 20s as for the generation that's now 65 or older, according to the National Institutes of Health; 58% more college students scored higher on a narcissism scale in 2009 than in 1982.

Anaheim Ducks - Toomuchskillzz95 & THE_CrazY_ClOwN4
Do I even need to review or preview these guys?  WHO THE FUCK ARE THESE GUYS?!
Prediction: 7th in Pacific (Only because I have no faith in the guy I think will finish 8th)

Arizona Coyotes - Perry1978 & King17kong
Choking stepped down and gave the reigns over to Perry.  Not 100% sure how much he had to do with S16 Arizona or Season 15 Anaheim's success, but back to back winning season gives them some credibility.  The problem is that the Pacific might have gotten stronger in the off-season.  Kong is an average NHL level forward who was also in Arizona last season.  Maybe they can keep the team chemistry going.
Prediction: 6th in Pacific

Boston Bruins - Jonskies8 & FIREFIGHTER58
These two just keep coming back to take abuse.  At least they are nice guys!!!!
Prediction: 6th in the Atlantic

Buffalo Sabres - cptnclutch28 & stlblues21
Clutch and Blues FINALLY seemed to find a grove in Season 16, but it doesn't mean they will have the same success in Season 17.
Prediction: 5th in Atlantic

Calgary Flames - Akonvict21 & dparans
Vibez steps down and gives the team over to a more talented (on-ice) combination for management.  I know Akon has the experience, but can they handle the day-to-day grind to put together a winning team?
Prediction: 2nd in Pacific

Chicago Blackhawks - Bostonhydro & Rubmyduck27
Ooooooofffffff Duck as management?  Probably a better player at least than lumi, but I hear they Franchise tagged Castro, fucking dumbass's
Prediction: 3rd in Central (This says more about what I think about the rest of the Central than how good they are)

Colorado Avalanche - Notorious250 & socotimmer13
Noto is a nice guy, I will give him that.  I however have 0 faith he has the chops to do the job at the NHL level.  Combine that with the mediocre AHL level talent that is Scoctimmer and you will get a team that I predict will fold before the end of the season.
Prediction: 6th in Central

Columbus Blue Jackets - Premierplayer & Phistmyace
This duo had a less than stellar first season in the big time after all the talk that PP was spewing it was amusing to say the least to watch him get smacked around by the big boys.  I have SOME faith that he will learn and HOPEFULLY put up more of a fight than 52 points, but we shall see.
Prediction: 5th in Metro

Dallas Stars - Curlew77 & DabbbsWillDo
This is gonna get ugly..... Thats all I got here
Prediction: 4th in Central (noticing a trend about the central yet?)

Detroit Red Wings - x_jack24bauer_x & MikeeTeeze
After a few busted seasons as owner Jack is back with some fire in his eyes apparently.  Either that or MikeeTeeze knows what he is doing and Jack is just the face.  Whichever it is, doesn't matter.  These guys put together a winning team last season with a group of some of VGs most toxic and with Prod leaving Florida their division got easier.
Prediction: 2nd in Atlantic

Florida Panthers - Red_Pepsi8 & DarknessLord67
Pepsi is moving on up and has had some success at each level, but I question if he will work well with the captain he chose.  I can see this backfiring really bad really fast.
Prediction: 7th in Atlantic

Los Angeles Kings - rollerpig647 & TMills61_
Burnsy retires, Roller replaces him with Tmills.  Not a bad trade-off in the scheme of things.  The top of the Pacific will be interesting as I dont see much changing with the big 3.
I do think its hard to have back to back seasons like that though and so I am going to bet they don't win the division again, but it will probably be close knowing these two.
Prediction: 3rd in Pacific

Minnesota Wild - Sjackson2324 & Heroic_saunter
Jackson finally found a competent captain, but from my understanding he is on thin ice this season and has to put together something magical.  I am going to go out on a limb here and say that he puts together a better season than expected, but it doesn't mean I think they will be good.  I just think he is going to get some help from the shit hole that will be the central.
Prediction: 2nd in Central

Montréal Canadiens - asleeptech & the724sniper
Tech did a bad job in EDM last season, Sniper did a meh job in Dallas during his last stop, and together they will be....... Fuck, probably bad
Prediction: 8th in Atlantic

New Jersey Devils AAli-21 & omfglTSmatt
If Aali can keep his nose clean he has a shot to make some noise.  He has a history of success but the Metro is no joke with the managers it has.
Prediction: 3rd in Metro if he doesn't get BL for cheating in some way.

New York Islanders - Neeposh_patrick & Mrlolchico13
Newbies, AHL skill level and management level.  This is going to be a fun watch, or sad depending on who you are.
Prediction: 8th in Metro

New York Rangers - Gatinofreak1977 & NHLrick
Not sold on the owner here, but he at least found someone who seems like they have NHL skill level to be a captain.  I don't know if that will make them any good, but I bet it gives them enough to finish higher than the other NY team/
Prediction: 7th in Metro

Ottawa Senators - EnableVII & Nielsen1702
Guess who's back, back again, Enable's back, tell a .... DC memeber, because fines are going to be coming.
Now this looks like a job for me
So everybody just follow me
'Cause we need a little controversy
'Cause it feels so empty without me
Ahhhhhh that was more fun than thinking about all the work DC is going to have to do checking all this guy's stat pages to make sure it all adds up!  Thank god for stats lock.
Prediction: 4th in Atlantic

Philadelphia Flyers - Greekelite & Linde94
Is Linde dead yet?  This guy has to be like a hundred years old now.  I assume these guys will be good, they always are mainly because they know the system, the players, and how to trape the younger dumber managers.
Prediction: 1st in Metro

Pittsburgh Penguins - PNCPark2k1 & joiridz
PNC is like the song that never ends.  He just keeps going on and on my friend. VG gave him a team, not knowing what he was, And now they are still giving him a team just because...
Prediction: 6th in Metro because its going to be competitive

San Jose Sharks - Illyfilly & ii-Amazing-LL
#TeamCancer!!!!!
Prediction: 4th in Pacific, much like the metro is going to be hard

Toronto Maple Leafs - rich2k8 & Vegaridge
See PNC
Prediction: 1st in Atlantic, but I do think the top 5 are all pretty close

Vancouver Canucks - Canadas__Game416 & Goostav_12
Presidents trophy to a real divisions.  Lets see how this goes and if his mouth is still flapping after that 1st round exit to Arizona.
Prediction: 5th in Pacific

Vegas Golden Knights - llXMalkin_71Xll & The-Statistician
What do you want me to say at this point?  I think they will make a competitive team.  I think Vegas, Calgary and LA will be battling at the top.  I think you could pick any of those 3 to win it and any of those 3 to be 3rd.
Prediction: 1st in Pacific

I think Brazilian will do a good job now that he has a chance to build his own team.  I don't think it will be easy though because the top of this division is LOADED with experience.
Prediction: 4th in Metro, but I can see 4-7 all being very close.

Definitely a downgrade at captain, but honestly in this division it doesn't matter.
Prediction: 1st in Central by default