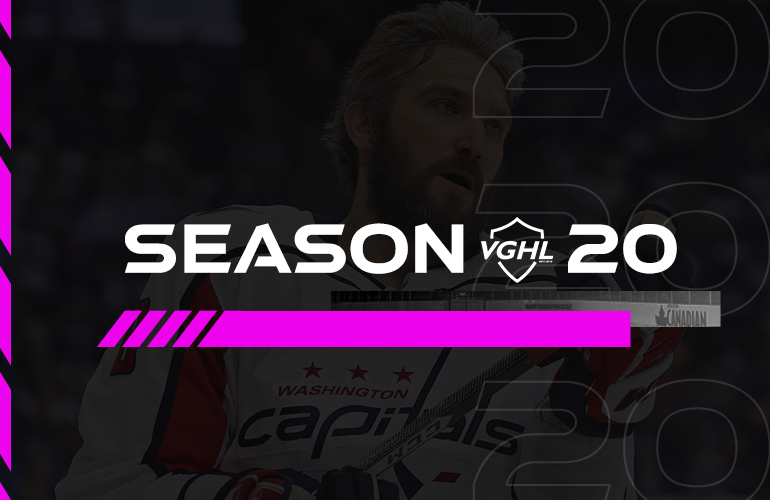 We are pleased to announce that our season 20 plans are well underway. With the KHL just finishing up its exciting return to the VGHL, the staff have been hard at work to prepare for the upcoming season and the release of NHL 21. As many of you already know, the official release of NHL 21 has been pushed back to October, and as such, our timeline has been adjusted accordingly. We will still deliver 2 full seasons of the VGHL on NHL 21, along with a 4th season of the VGKHL. We also plan to bring back our World Championship tournament on NHL 21 for its 8th installment.

As the off-season continues, we will bring you more updates regarding the upcoming rule book and rule changes. There is a lot of discussion going around regarding the new features that have been teased for NHL 21 and we plan to have an official statement regarding how these changes could impact the season at a later date.

New for this season, we will also be unveiling our new player report card system which will give players and in-depth look at how they are doing from week to week against other players in the league, down to their exact positions. We have been working very hard on this feature and it is currently in testing. We are very excited to release this feature for all of you in the coming months. We will also be handing out our player badges for all of our past award winners dating back to season 1. This would not have been possible without the help from the community to prepare the data entry that was needed to make this possible. Special thanks to yucko, the-statistician and the others who helped gather the data for us.

Our media team will also be getting an overhaul this upcoming season with probablekoz leading the way. He will be working closely with writers to bring you exciting content week in and week out. We got a sample of the great work that's coming during the KHL with his weekly podcast, along with the great articles from prodigytolegend. Koz will be bringing his weekly show back for season 20 with special guests each and every week.