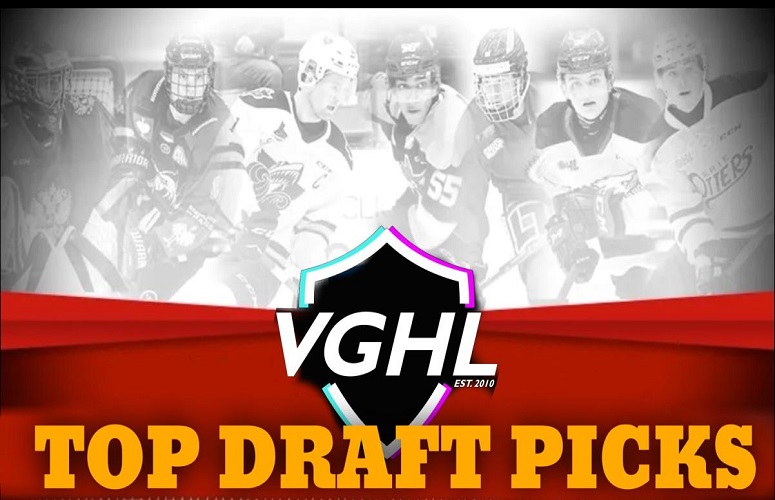 I hope everyone has had a great offseason even though it has been an extremely long one.

First I'd like to congratulate Adler Mannheim who was able to win the KHL!  It was a good season with experiments and I think there were a lot of new things that VG tried some of which worked and some that didn't.

Anyways, enough of the past and onto the present.   Tonight is the VGHL Entry Draft and I couldn't be more excited because that means the season opener is just around the corner.

Without further delay, let's get into this season's top draft picks!

Murph is arguably one of the top draftees in this season's draft.  He led his team, the Syracuse Crunch to the top spot in the Atlantic Division, 3rd in the Eastern Conference and 4th overall.  Murph had another good season in his 3rd AHL season.  He has been a steller during his short VG career with a 3.66 ppg career average.  There really hasn't been too much competition for him that he hasn't been able to match.  This could be a product of his surroundings with the teams that he has been on doing well in each 17,18,19 seasons respectively.  What we do know is that he constantly puts up good numbers and is reliable in the circle.

I have no doubt that he will go in the top 5 of tonight's draft.

Xx_Kapanen_Xx has been in VG since season 14 where he broke into the league at the PHL level.  Primarily a C through his VG career he has a career record of 50-51-4 through the PHL and the AHL.  As we all know, career wins and losses aren't necessarily a reflection of the player as this is more of a team stat.  His best season of his career came just this past season in Season 19 with the Baby Pens, Wilkes-Barre/ Scranton.  He was a force to be reckoned with finishing with 117 points over 32 games giving him a very respectable 3.66 ppg.  He was also a winner in the faceoff circle winning 52% of his faceoffs.  As we all know, the more you can start with the puck the better the opportunity to win.

Overall I believe Kap can be a 2nd line C in the NHL and be successful with some good coaching and being surrounded by some quality players.

l9lTKJOSl8l happened to sign up late in season 19 bypassing all of the pre-season bidding.  Great job by the Hershey Bears to see him and get him during in season bidding.  He was a great addition to their team.  l9lTKJOSl8l took season 18 off from VG and is relatively unknown if you look at his career in VG as it is extremely limited.  He is mainly known from LG where he plays in the AHL.  He immediately made an impact on the Bears putting up 63 points in 23 games during the regular season and putting up another 6 assists in 9 games through the playoffs.

Although he has a very limited resume in VG I have no doubt that he is well known from other leagues and will be a top pick in this draft.

C_Martzy02 was also on the Bears last season for his sophomore year in VG.  He has put up impressive numbers during his young career.  He has tore it up since joining VG moving from the PHL in Season 18 to the AHL in Season 19.  In 32 games he racked up 123 points using a well balanced attack of goals and assists at almost a 1-1 ratio showing that he can finish just as good as he can set someone up.  Not a whole lot to go on with this guy but with what he has shown to date, definitely someone to consider when it is your turn to draft.  He will not be making it to bidding, that is for sure!

Yet another Hershey Bear, man this team was loaded with talent.  This will be the sophomore season for DCLightt, last year, he was signed in season as well.  The bears did a great job in finding the hidden gems.  DC has some impressive offensive stats but this Bears team was a great offensive team so these may be a little inflated.  This is probably my dark horse pick of the draft as he has very little history in VG.  I am not sure if the offensive numbers will translate into the NHL as the quality he was surrounded with was pretty exceptional.  Only time will tell.  He is definitely someone to watch in the draft.

One thing about last season that is definitely a trend in this draft list is the amount of players that were acquired through in season bidding as Tkachuk_07 is another one of those guys.  Another very offensive defenseman with a 1.17ppg over 23 games for the Stockton Heat.  He made a big impact on the Heat taking control of the games from the blueline with all of his 27 points were assists.  He unfortunately didn’t put up any numbers in the goal column but as defense this isn’t a bad thing.  This really shows that he is the prototypical defensemen finding the open man while not overplaying on the offensive side of things and sticking to his role.  This looks like a solid lock for someone looking for a good defensive defensemen with a good eye.

Cotachoda7 was on one of the best AHL teams last season, the Syracuse Crunch.  He was a part of a team that had some really really solid players in front of him which always helps out a goalie with his stats.  That being said, he still has to save the puck and he did that well.  Last season was arguably his best season here on VG.  He does have a few games played in the NHL posting an .889 save percentage over 3 games showing that he was able to perform on the big stage when called upon.  This might be overlooked by some managers, but make no mistake, any experience in the NHL is good experience, especially when you put up good numbers and go 2-0-1 in those 3 games.  Now back to his time in the AHL he posted an .884 save percentage over 20 games with a record of 16-1-3 and a 2.36 GAA.  Anyone looking for a goalie would be silly not to consider this guy!

Svt_swedishwulf is my off the cuff pick, he had an extremely offensive heavy team in front of him so all of these stats were earned honestly.  He posted great numbers considering these facts winning 22 of his 31 games played.  He had a very respectable 2.85 GAA but the save percentage was lacking a little bit sitting at .796.  This is a tell tale of the team that was in front of him, didn’t face as many shots but looks like he had more scoring chances from high scoring areas instead of outside of the scoring zone.  I believe that with a good defensive core in front of him, he has the tools to become a very good goalie in this league and do well at the NHL level.

Well that is all I have time for tonight before the draft.  There are a few other players that I would like to mention as I think they deserve to be on this list and will be top picks in this draft.

Good luck to all of the managers and players tonight in their starts for VG dominance!
Written by: MLG-Owen

Tkjos69
This comment was minimized by the moderator on the site

DCLightt
This comment was minimized by the moderator on the site

Lol - Cotachoda7 was G on the Comets, not the Crunch. Might seem like a nitpick since both teams had strong records... but I was the G on the Crunch so I had to point it out ;-). Nice writeup guys you nailed it on him and Murph

feros-feros
There are no comments posted here yet