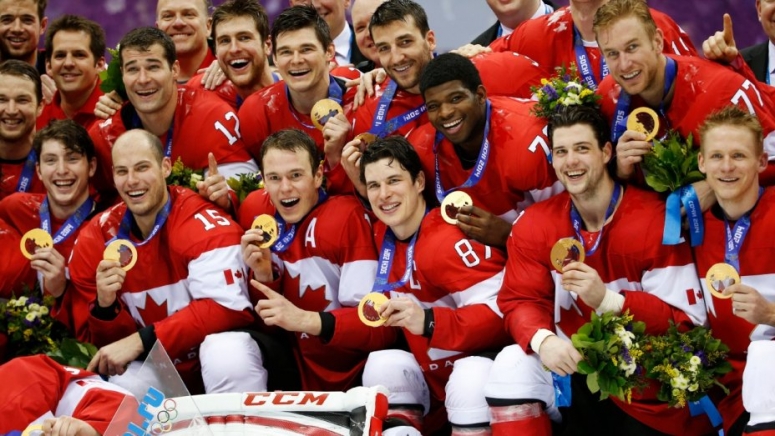 This year's edition of the VGHL World Championships was an exciting 3 week event that saw some amazing match-ups during divisional play, followed by some great battles during elimination play. As with any VGHL event, there was also a nice level of controversy sprinkled across the later stages of the tournament.

Divisional play kicked off and each country had a few teams quickly take a strangle hold in the standings. Canadian Milk Bags went toe to toe against Death Wish and both teams ended divisional play with exact wins, points, goal differential and goals for, leading to the first ever tie breaker rule to be implemented; goal differential against the third team in the division. Milk Bags secured first place in their division and earned a bye into the country semi finals but were unable to lock up the 1st overall seed in the Canadian side of the tournament. 1st seed honors went to Canadian Eh who traded wins with Jive Turkeys, eventually defeating them in their second divisional series.

Over in the American side, Jawn Jawn Jawn and NY Chrysanthemums ended divisional play tied, but Jawn Jawn Jawn secured the 1st overall seed through the tie breaker. The Deplorables were able to easily win their division and earned a bye to the country semi finals.

With divisional play all wrapped, the #3 through #6 seeds prepared for the country quarter finals. The Jive Turkeys swept Canada VG Squad earning their place in the country semi finals against their tournament rivals Canadian Eh. Death Wish earned a forfeit series win setting up the potential biggest series of the tournament in the Canadian semi finals against the Milk Bags.

Across the pond in the USA, the 5th seeded Merican Misfits pulled off the first upset of the tournament by sweeping the #4 seeded All Americans. The #3 seeded Chrysanthemums also earned a quick pass to the next round with a series forfeit by the Gophers.

At the end of week 2, the country semi finals were all set. For those of you who know the community, this is where things got interesting. Starting in the Canadian conference, The #2 seeded Milk Bags were set to face off  against their division rivals, the #3 seeded Death Wish. This series had a lot of buzz around it and was predicted to go the distance in an exciting and grueling best of 3 series; unfortunately, this series did not happen. Controversial and outspoken owner Smiirk called for a forfeit series win, 1 minute after the allotted start time window had passed, with Death Wish ready to play. Once the dust had settled from all the drama, the Milk Bags came away with a spot in the Canadian finals. In the other series, the #1 seeded Canadian Eh faced off against the #4 seeded Jive Turkeys and proved to be too much for the Turkeys to handle. Canadian Eh swept the Turkeys and the stage was set for the Canadian Finals.

The American semi finals appeared to run smoother than the Canadian side until the series between the #1 seeded Jawn Jawn Jawn and the #4 seeded Merican Misfits took place. Jawn Jawn Jawn appeared to make quick work of the Misfits in an apparent series sweep until the Misfits dug into the rule book to expose an invalid gamertag being used by Jawn. After a lot of discord toxic waste, it was decided by the league that Jawn and the Misfits needed to play a 3rd game the following day. Jawn unwillingly accepted the decision and made quick work of the misfits in the 3rd and final game. In the other series, the Chrysanthemums and the Deplorables exchanged a pair of shutout games setting up a 3rd and final match where the Chrysanthemums earned their 2nd shutout of the series to progress to the American finals.

Emotions were running high, and egos were egoing, as teams prepared for the country finals. The Milk Bags faced off against Canadian Eh and wasted no time showing the world that they were the best Canadian team. They quickly earned a sweep over the #1 seed and waited to find out who they would face in the gold medal series.

The American finals were no different as Jawn Jawn Jawn crushed their opponent, the #3 seeded Chrysanthemums. The Chrysanthemums showed some promise in game 2 taking the game to overtime, but the power of Jawn appeared to be too strong as the Chrysanthemums couldn't avoid the sweep. Jawn emerged victorious prepared to make America great again!

Having lost their respective matches, Canadian Eh and the Chrysanthemums were set to face off in the bronze medal series but the American squad was unable to present a line. This earned Canadian Eh a bronze medal in the tournament and the first medal for Canada.

With the stage set for the gold medal series, it was time for the two loudest teams of the tournament to flex their thumbs and bring it. Smirk once again pulled an audible and ECUd top talented forward deathclxwn from the eliminated Death Wish squad. This move gave the Bags a clear advantage and helped them earn a sweep against Jawn Jawn Jawn securing gold for Canada. Jawn owner premierplayer shrugged off the series with a few choice words for the league and simply had this to say about his opponents ... "Fukbois. It's just unfortunate that the finals couldn't have been played straight up. But anyone that needs to win that bad can have the medal.". Jawn Jawn Jawn came away from the series with a silver medal for USA.

Forward of the Tournament: Biebsinthetrap61

Defenseman of the Tournament: Moception

Goalie of the Tournament: Dafoumanchew