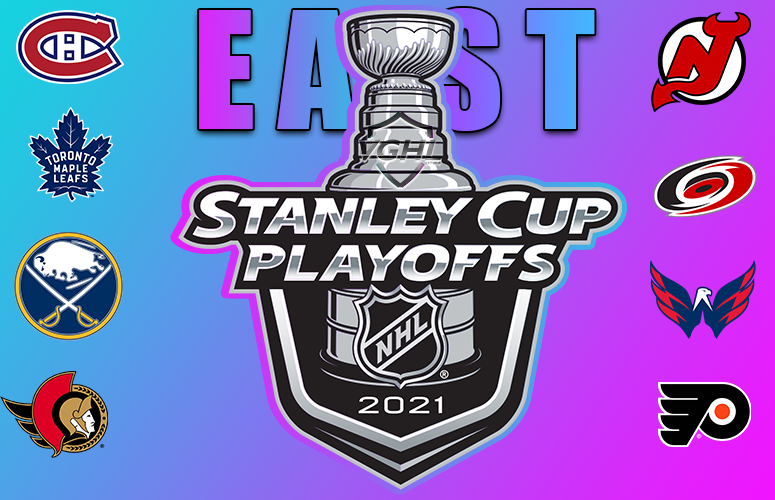 WE MADE IT. The season grind has ended, and we’ve finally reached the point in the season everyone patiently awaits; the playoffs. With some phenomenal matchups in round 1, including a “second chance” for the Leafs against the Habs (maybe they won’t choke online). I like to make things more deep and difficult than they really need to be, so I'm going to be a bit more in depth with my previews this season.

I will be putting a strong emphasis on regular season team stats, including A/TOA, GF/G, etc. I will also use one of my own made up stats SPT% (special teams percentage). Also, every player I list in my projected game 7 lineups will be compared statistically to the top 20 scorers (winning goalies) to play their position this season. Green means they are equal or above positional average, while red means below. The most telling stats are the TA/G (takeaways per game) and GA/G (giveaways per game), as they show which forwards are strong on forecheck and in the defensive zone; and which struggle to steal the puck while also giving the puck away. Now let's take a look at the top 20 averages for all forward positions..

Now for the defense..

And finally, the often forgotten goalies..

Now that hypey is done with his stupid numbers, lets take a look at some of our first round matchups in the East! Starting with..

The eastern powerhouse Canadiens are the 2nd best scoring team in the league, and it’s no wonder why. The Leafs will need to develop a gameplan to slow the Habs trio down, or it will be a short and painful playoff experience. The Canadiens shoot often from dangerous areas, roll a potent powerplay, and can play off the rush or off the cycle with equal consistency. Toronto’s line will be employing a defense first mentality, because.. They have to.

The offensive aspect of the Canadiens blueline is what stands out the most here, but this category is closer than one might think. Points are fine and dandy, but they’re to be expected when you have an offense as talented as the Habs. What matters is defense, and the Leafs duo have shown the ability to strip the puck from their opponents and make smart first passes. It will come to the their ability to stuff a Montreal offense that comes in waves, in many different ways.

This category is almost unfair, because Chadkillz has been an absolute monster this season. It’d be easy to say “he has the canadiens in front of him”, and you wouldn’t be wrong; it’s just from first hand experience.. We can suck defensively sometimes. Bambino is a fantastic goalie, and I’ve been shocked by his abilities before (DRAFT CHAMPS BABEHHH); but he’s going head to head with arguably the best goaltender in the league. He’ll need to find that next level if he wants to outplay him.

Canadiens are deep, skilled, and play a structured game; the Leafs are outmatched in every single important team stat. However, this game has a way of letting teams hang around. That’s where the Leafs are dangerous.. Because they can do just that. They will be conservative, and will strike the second the Habs make a mistake. This kind of counter-attack will lead to some surprisingly low scoring games. It will be a close series in the sense that the games will be close, the final score however I don’t think will favor the Leafs.

Buffalo Sabres (A2) vs Ottawa Senators (A3)

I’ve said it multiple times, Buffalo doesn’t care where they finish the regular season. It’s playoff time.. And their top line will be seeing all of the ice time. Ottawa’s trio poses a significant threat however, and will likely give the Sabres a wakeup call in the first couple games. The Sens aren’t a walk in the park; these guys are good. Two high scoring wingers, and a centre who makes puck protection look easier than it truly is. The Buffalo 3 will have to elevate their game to stifle the Sens offense, while creating their own. Unfortunately for Ottawa, I have zero doubt in my mind that the Sabres trio will do just that.

Buffalo’s blueline has one quality that Ottawa’s lacks; mobility. Both Snake and Parihse have the ability to skate the puck out of the defensive zone, with the latter also having the ability to go end-to-end and create offensive opportunities. The Sens duo is strong on the puck, rarely coughing up turnovers, and maintaining possession. One of the Sens blueliners will need to unlock their offensive side to help take attention off their forwards. Smart passes and joining rushes in a timely manner will help the Sens a lot. I just believe the Sabres pairing is skilled, reliable, and most importantly mobile. They will be a handful for the Sens.

Sabres players are having flashbacks of S20 round 1 matchup vs Boston, where a redhot Lach12 made scoring seem almost impossible with his otherworldly performance. Cotachoda is capable of that same level of play, ad will certainly be aiming to get into the Sabres forwards heads.

The only area Ottawa is superior is special teams, a spot Buffalo kinda struggled this season. They also rarely ran their top line like they will in these playoffs, and those reg season numbers instantly become useless. Buffalo is going to put on a cycle clinic, and cotachoda will have to stand on his head all series long. I have faith in the Senators to steal a couple games, but ultimately it won’t be enough. Buffalo is just too deep and skilled, and I predict they will be the team moving onto round 2.

Now it’s rare that the team with the best forward doesn’t win this category, as I like to weigh each player's ability to take over a game. Carolina has the best C, and player, in the league.. But the Devils boast a deep top 3 that can all take over a game. New Jersey ranked 6th in GF/G this season, and this line is proof of a deadly trio that can light you the f*** up. Adding B-Red and his 93 AHL points in 18 games almost seems unfair. Skilled beyond belief, these 3 will give the Canes D nightmares.

Okay, here’s the thing… this was hard. The offensive ability of the Devils pairing was my initial factor, but then I looked at the Canes. It’s almost identical. New Jersey lays the body more.. But Carolina is sliiiightly better at stripping the puck off their opposition. In the end I went with familiarity, and the Devils pairing has significantly more time played together which I believe will decide who factors more on their teams success. Chemistry is KEY in this game, so the Devils take this category because.. They’ve played more together. It was that close.

Lach12 is just a playoff monster. Do I need to write more than that? He’ll be a problem for the Canes. They will need to get him moving, and even then he can steal a sure goal. Thewall will need to be insane if they hope to win the goalie battle. I’m just never gonna bet against Lach, the guy is a freak.

New Jersey is simply just the better built team, and should close this series out quickly. I say “should” and not “will” because of the Ethan factor. He WILL control the pace of the game if the Devils allow him, and they need to do everything in their power to not let that happen. He’s flanked by 2 highly capable wingers, so New Jersey needs to eliminate his space all series long. If they can do that this will be a short playoff run for the Canes.

Washington is just better in every aspect, and will make life extremely difficult for the Flyers. They can score at will, finishing the season 3rd in GF/G (4.38); it will be difficult for the Philly trio to match their output. The Flyers defense will need to continue their world-beater mentality to shut down this offense.

Here’s that world-beater defense I was talking about.. Man they've been awesome. Strong up ice in the offensive zone, and smart with and without the puck in their own zone. Washington blueliners like to take risks with the puck, and the strong 2-way game of the Philly duo will eat that up. Caps duo will need to properly time their rushes, or these philly dmen will make them pay with quick odd man rushes.

This category was tough, as neither goalie has been lights out this season. Shrum has posted respectable stats that will mean absolutely nothing once game 1 begins. This is a shot in the dark, but with both teams allowing almost identical shots against both tendys.. I just went with who will have more goal support.

This is where the differences show their heads, and leave me selecting the Capitals as my predicted winner. Offensively they are miles ahead of Philly, but the teams are closer defensively than one would assume. The Flyers defense likes to.. Um, slow the game down to put it respectfully. This will definitely frustrate the Caps offense, and the Flyers will need to feed off their frustration. I just don’t think it will be enough, and the potent Capitals trio will end the cup hopes for the city of brotherly love.

Kaxoman
This comment was minimized by the moderator on the site